Catt Sadler Is Leaving E! Because She Found Out She Makes Half Her Male Co-Host's Salary

E! News anchor Catt Sadler is resigning after learning about a massive pay gap that left her earning around half of what her male co-host makes, she said in a post on her official website.

Sadler, who has been a host at E! since 2006, said that earlier this year an executive informed her that her “similarly situated” male colleague was raking in far more than her contract provided. When her terms were up for renewal and the network asked to extend her deal, she said she learned the extent of the wage gulf and requested to close the gap.

“My team and I asked for what I know I deserve and were denied repeatedly,” she said.

Sadler added that she wanted to stay at her job, where she found hosting both Daily Pop and E! News this year not just “creatively challenging but genuinely one of the most fulfilling” roles of her professional career.

Despite the daunting prospect of quitting her “dream job,” the single mother of two said she felt compelled to leave in order defend her integrity. She also indicated that she does not blame her co-host, who she did not name, but is likely a reference to E! News and E! Weekend co-host Jason Kennedy.

“Know your worth,” she wrote. “How can I accept an offer that shows they do not value my contributions and paralleled dedication all these years? How can I not echo the actions of my heroes and stand for what is right no matter what the cost? How can I remain silent when my rights under the law have been violated?”

Sadler added that she knows she will find creatively fulfilling work in the future, and that she hopes her principled departure sets an example for her kids.

“I will continue to pursue my passions while making my children proud,” she wrote.

In a statement to PEOPLE, an E! spokesperson said the company compensates employees “fairly and appropriately” regardless of gender. “We appreciate Catt Sadler’s many contributions at E! News and wish her all the best following her decision to leave the network,” the statement said. 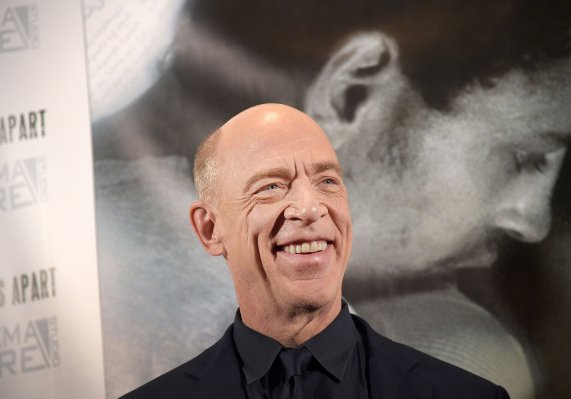 J.K. Simmons Gets Double the Screen Time in Starz’ Counterpart
Next Up: Editor's Pick