Here's the Best Age to Get an HIV Test, According to Experts

Screening people for HIV is the best way to ensure that those who are positive get treatment, which can be effective in reducing spread of the disease. But guidelines differ on the best ages to test for people who aren’t at high risk for the disease.

The Centers for Disease Control and Prevention (CDC) currently recommends that everyone from ages 13 to 64 should be tested for HIV at least once. The U.S. Preventive Services Task Force advises that HIV testing discussions should start slightly later, at age 15. (People at higher risk—such as those who are sexually active, sexually active gay, bisexual and transgender people, and IV drug users—should be tested at least yearly.)

Given these discrepancies in the guidelines, and such a large range of ages, HIV experts wanted to know if they could telescope the recommended age range to make the screening more effective. In a paper published in the Journal of Adolescent Health, scientists from the CDC, the Massachusetts Department of Public Health and several Massachusetts hospitals report that if testing is done once, it makes the most sense at age 25.

The researchers studied data from the CDC that documented new diagnoses of HIV from 2009 to 2013. In that period, the highest rates of new infections were among people ages 22 to 25 years. Adding in data on the current testing rates, the researchers calculated costs for treating HIV when it is diagnosed early versus later, when the virus has affected more of the body, and determined that testing at age 25 would be the most effective in controlling the disease as well as the most cost effective.

“The uptake of screenings below age 18 is very low,” says Dr. Anne Neilan, instructor in medicine at Harvard Medical School and lead author of the paper. “If you took into account all the screening already going on, then an additional test for most people at age 25 is cost effective.”

Targeting that age won’t guarantee that you will prevent all HIV infections, of course, but it might help to ensure that many new cases are picked up early and those people are put on treatment, which could reduce some of the high cost of caring for people with late-stage HIV and AIDS. The information could also optimize HIV testing among younger people and help guide family doctors and school health personnel, who have been struggling with interpreting the guidelines and debating when they should start having conversations about HIV—and whether they should be having those discussions with 13 year olds and their parents.

Neilan says that she hopes the information will help to revise current advice about how people in the general population should be tested for HIV. But even if the guidelines are revised, there remain barriers to HIV screening that could keep testing rates low. People must consent to getting an HIV test, and stigma surrounding HIV prevents many from agreeing to the test. In addition, under the Affordable Care Act, most insurance plans begin coverage of HIV testing at age 15, and coverage for HIV testing of people who aren’t considered at high risk also varies by state. 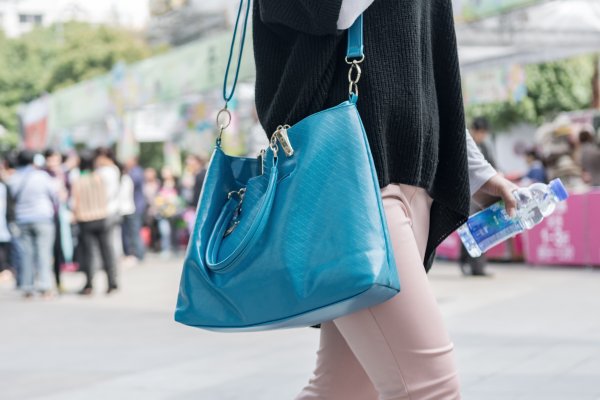 Your Purse Is Too Heavy. Here's Why You Should Care
Next Up: Editor's Pick