This was a year of change, division and truth-telling on a scale we’ve rarely seen.

The United States swore in a new President, whose determination to reshape Washington was met with approval from his supporters, but resistance from a great many others, including the thousands of women who marched around the country just after his inauguration.

The fight for equality gained steam, as some Americans banded together to protect the rights of Muslims, refugees, Dreamers, women and the LGBTQ community.

The country was rocked by the deadliest mass shooting in modern U.S. history, which left 59 dead and more than 500 wounded.

The global stage was shaken up, with a new leader in France, an independence movement in Catalonia, and rising tensions between North Korea and the United States.

Wonder Woman inspired young girls across the globe, while the #MeToo movement toppled powerful men in fields from Hollywood to politics.

To sum 2017 up, it was a year during which people went above and beyond to defend what they believe in, to seek the truth, and to right perceived wrongs.

Watch the video above for a look at the biggest moments of 2017. 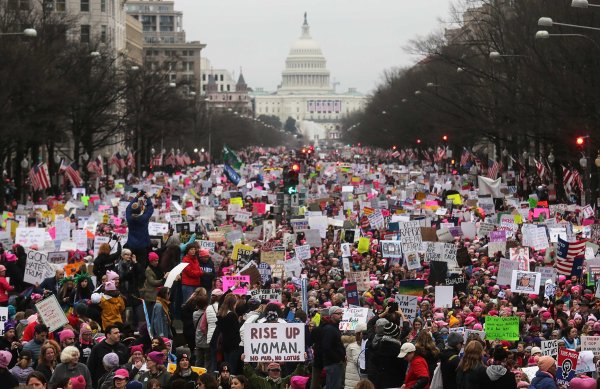 Why 2017 Will Always Be Remembered As a Year of Resistance
Next Up: Editor's Pick