Hero Dad Dresses As T-Rex To Wait For Daughter's Bus

A Louisiana father may have just pulled off the ultimate dad joke. Tad Parnell went to greet his daughter as she got off of the school bus, but he wasn’t dressed like any other dad. In a video posted to Facebook, Parnell can be seen waiting for the school bus to arrive dressed like a giant, inflatable Tyrannosaurus Rex.

It’s clear that Parnell is excited to pull off his joke, as he can be seen dancing in the driveway in anticipation of the bus’s arrival. When the bus finally shows up, the door open and a girl emerges. She instantly spots the giant T-Rex (which is admittedly hard to miss) who goes in for a hug with his tiny T Rex arms. The girl starts laughing, but then tries to flee before she can be further embarrassed by the dad joke in progress. She makes a break for it with her dad close behind and her mother cracking up laughing, capturing the whole thing on camera.

The video went viral, of course, as fathers around the world have a new bar to reach with their dad jokes. 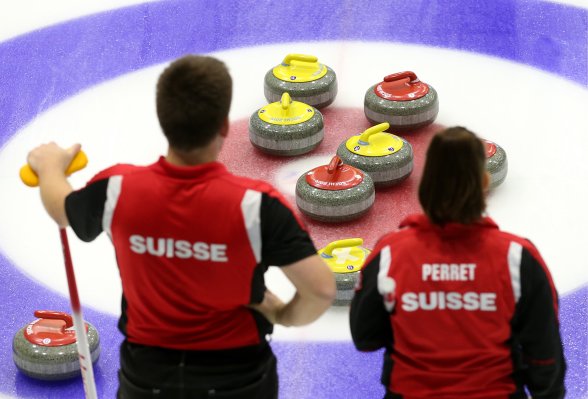 Family Recreating Curling Event in Their Living Room Embodies the Olympic Spirit
Next Up: Editor's Pick