Lessons for 2018 From One of America’s Most Tumultuous Years

It was a year marked by a racially coded law-and-order campaign pitted against a fierce social-justice resistance, the unrest and defiance of a “troubled and troublesome” young generation, questions about gun control in the wake of devastating violence, and the “fear and frustration and anger” that defined a presidential election.

That year was 1968—which saw the election of Richard Nixon; the assassinations of Martin Luther King Jr. and Robert F. Kennedy; and widespread protests against racism, sexism and the Vietnam War. Ahead of the 50th anniversaries of those world-shaking events, the questions and concerns that then drove the national conversation remain strikingly relevant. In the midst of another period of protest and partisanship, those who lived through and studied 1968 point to lessons from one of America’s most tumultuous years that may help make sense of the country today.

When it comes to politics, historians see similarities in partisanship, as well as internal party divisions fueling a feeling of disruption. Jeremi Suri, a history professor at the University of Texas at Austin who has written about the global impact of 1968, says that while such changes might spell trouble for a political party, they’ve often been good for the nation long term, forcing debates about fundamental cultural disagreements.

He sees another parallel in the role of young people driving that change. Democrats owe their victories in recent elections in Virginia and Alabama to a surge in turnout from young voters and black voters—in what many attributed to a backlash against President Trump. It remains to be seen whether that backlash is strong enough to bring victories to Democrats in Republican strongholds. Suri predicts that it will, anticipating a political echo of the revolt led by young people against the status quo in 1968.

On a number of issues, present-day America offers a sobering lesson about the nature of social progress. “I thought that the things we accomplished would stick—not that they would be always in danger,” says Alix Kates Shulman, who helped plan a protest at the 1968 Miss America pageant, where women marched on the Atlantic City boardwalk, throwing away bras, girdles and Playboy magazines, while carrying signs that condemned the oppression and objectification of women. “We learned, unfortunately, that nothing was secure. And in a sense, that was a good lesson because it did keep me in it for the long run,” she says.

That understanding of the enduring need for protest and the recurrence of battles over the same rights is perhaps the most important lesson of all. Few examples capture that arc as well as the black-power salute given by U.S. athletes Tommie Smith and John Carlos during a medal ceremony at the 1968 Olympics. Smith and Carlos were suspended from the U.S. Olympic team and weren’t widely celebrated as civil rights heroes until at least 20 years after their protest, when their radical statement was “safely confined into the textbooks of history,” says Douglas Hartmann, author of Race, Culture, and the Revolt of the Black Athlete. Likewise, Hartmann predicts that the ongoing controversy over NFL players’ kneeling during the national anthem to protest police brutality will be seen differently in a few decades, with catalyst Colin Kaepernick widely recognized as a leader and positive force on social-justice issues.

The events of the past year have served as a stark reminder that many old battles are new again, and that is likely to remain true in 2018. “The engine of American history is cyclical,” says Suri, noting that social movements don’t often change minds or policies immediately, but they matter “enormously” in the long run.

“It isn’t a moment but a commitment,” says Shulman, who continues to organize for women’s rights today. “Instead of giving up and dropping out, when the bad things happen, you just double down and protest more.” 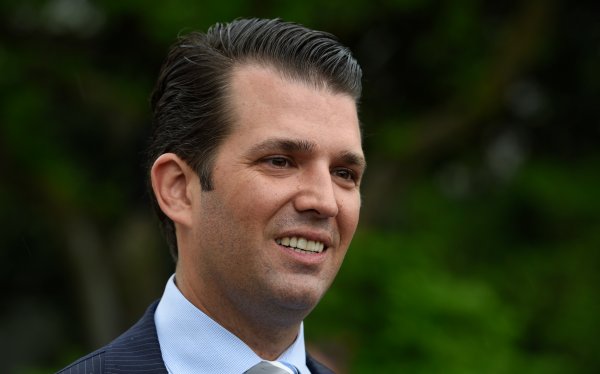