Member offices in the House of Representatives settled at least three claims of sexual harassment and retaliation between 2008 and 2012 for $115,000, according to data released Tuesday by the Congressional Office of Compliance. Another five cases of sex discrimination were settled during that same period.

The Office of Compliance revealed these details to the Committee on House Administration, which is conducting a review of the issue within Congress. That effort was sparked by both reports of sexual harassment within member offices and complaints about the arduous and secretive process victims have to go through when they come forward with workplace complaints on the Hill.

The information released Tuesday follows an earlier report that revealed an $84,000 settlement was paid in 2014 to settle a compliant against Rep. Blake Farenthold, a Texas Republican. While Farenthold denied wrongdoing, the Republican Congressman announced last week that he would not seek re-election.

The data the Office of Compliance sent to the committee includes no names, and the office provided no information about the substance of the claims or complaints. That’s largely by design. Earlier in December, the Committee held a hearing on possible reforms to the 1995 law that dictates how complaints are handled. That hearing showed just how difficult it is to glean specific information about sexual harassment. “The way the law is written, the strict confidentiality not only binds the parties, but it specifically binds our office from discussing those claims,” Susan Tsui Grundmann, the office’s executive director, testified.

In a Dec. 15 letter to Rep. Gregg Harper (R-Miss.), the chairman of the Committee on House Administration, Grundmann said that because there are no “charging documents” created during the mandatory counseling period that victims are required to undergo, there is no documentation on the specific complaints that employees raised during the follow-up mandatory mediation period.

In addition, Grundmann said, because settlements are conducted under strict non-disclosure provisions the Office also does not know what led to the settlement or why the parties agreed to settle in the first place. The OOC has traditionally treated sexual harassment claims as a form of sex discrimination, Grundmann said, and has not necessarily separated claims of harassment from other forms of sex-based mistreatment like pregnancy discrimination. In some instances all forms of discrimination were labeled as “civil rights” cases.

In a statement Tuesday, Harper said he would continue pressing the Office of Compliance for more information. “As I have stated from the beginning of this review, one case of sexual harassment is one case too many,” Harper said, in part. “We will continue to investigate the OOC’s record keeping practices as part of our extensive review.”

Most Popular on TIME
1
Melania Trump's Christmas Decorations Gave the Internet the Most Wonderful Memes of the Year
2
Republicans Attack Joe Biden’s Budget Chief Pick Over Tweets
3
Who Should Be TIME’s Person of the Year for 2020? Vote Now 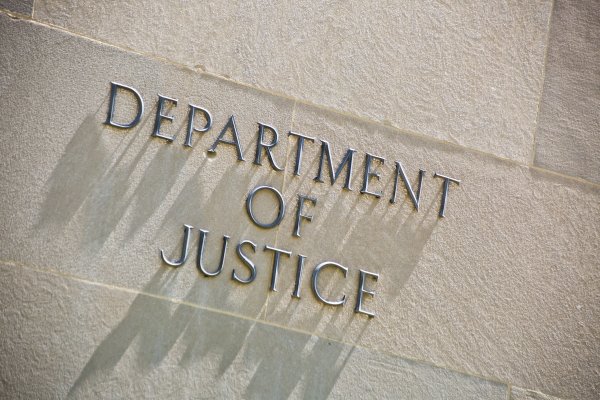