Two of the women who have accused music mogul Russell Simmons of sexual misconduct said in a new interview that the alleged incidents made them feel “worthless” and “cheapened.”

Sherri Hines and Natashia Williams-Blach appeared on Megyn Kelly Today on Tuesday to discuss their allegations. They are two of several women who have come forward to accuse Simmons, who has denied all allegations.

Hines, a former member of hip-hop group Mercedes Ladies, said that Simmons raped her in 1983 when she was 17 or 18. Simmons’ attorney told the Los Angeles Times that he “vigorously denies” Hines’ claims.

“When he finished, I ran out of there and I left. I was crying… I couldn’t believe I was just violated like that,” Hines told Kelly. “I felt embarrassed, I felt used, worthless.”

Hines told Kelly that she had been contacted by the New York Police Department as part of their investigation into the allegations against Simmons, who announced last month that he would step away from his companies.

Williams-Blach, an actor who appeared in the Simmons-produced film How to Be a Player, said that Simmons tried kiss her and tried to force her to give him oral sex when she was 18. She said she was able to get out of the situation. Simmons’ attorney told the Los Angeles Times that he “vehemently denied” her allegations.

“You realize you just escaped a minefield,” Williams-Blach told Kelly. “I went into an automatic, you just gotta go. You got to get out.”

Both women said they struggled not to blame themselves after the alleged incidents. Williams-Blach said she initially believed she was somehow responsible for what happened to her because she had played the “pink bikini girl” in How to Be a Player and modeled in revealing clothing.

“If I could see that 18-year-old girl today, of course, I would reassure her that it was not her fault. But I think this culture… so much encourages this behavior,” she said. “When something like that happens, you feel cheapened.” 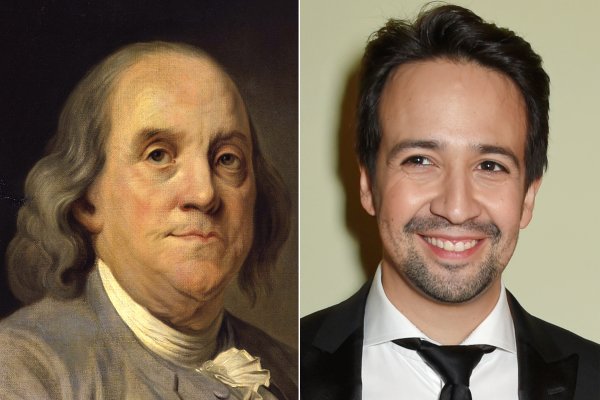 Here's What Benjamin Franklin Scholars Think About Lin-Manuel Miranda's Ode to the Inventor
Next Up: Editor's Pick