According to the doppelgänger spotters of the internet, the role of the President’s robot in Disney World’s Hall of Presidents has gone to Jon Voight.

A family-friendly animatronic recreation of Trump has joined George Washington, Abraham Lincoln and other notable American presidents in the hall, it was revealed Tuesday. Disney nailed the gestures, the orange cast of Trump’s complexion and the physique split by his long tie. And parkgoers will surely recognize the voice thanks to a recording of Trump’s oath of office.

But some people on the internet are convinced it looks a lot less like POTUS and a lot more like Angelina Jolie’s dad.

The Hall of Presidents opened in 1971, and since the early ’90s, Disney has created replicas of every President occupying the Oval Office for its hallowed hall in Magic Kingdom, where visitors can catch a short show. And like other 45 figures, this one wasn’t without some buzz. Thousands petitioned for Disney to break its long-standing tradition following Trump’s election.

But nevertheless robot Trump persisted and the President is now live in robot form.

Trump makes his Hall of Presidents debut after months of delays and so much speculation over whether Mickey Mouse would honor Trump with a spot in the attraction that Disney addressed the backlash in June. “Despite some media reports to the contrary, President Trump will have a speaking role in The Hall of Presidents, like every president since 1993,” Thomas Smith, the editorial content director for Disney Parks, wrote on Disney’s site.

Perhaps it’s fitting that in the eyes of Twitter users, he may be more Midnight Cowboy actor than The Apprentice star. Voight is one of Hollywood’s few Trump supporters. 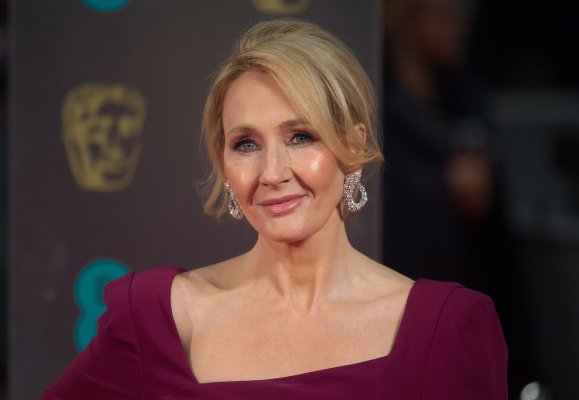 J. K. Rowling Wrote the Hogwarts Houses in a Very Unconventional Way and 3 Other Things We Learned
Next Up: Editor's Pick