Most Americans Think the Tax Bill Will Benefit the Wealthy, Not the Middle Class

Two-thirds of Americans believe the proposed tax reform bill would benefit the wealthy more than it would the middle class, according to a CNN poll released Tuesday.

That viewpoint differs from the narrative Republicans and President Donald Trump have been pushing to garner support for the legislation, which 55% of Americans said in the CNN poll that they opposed.

Thirty-three of Americans said they favored the bill, while 60% of Republicans said it would benefit the middle class more than rich Americans.

Sixty-three percent of Americans said they do not believe Congressional Republicans and Trump made “a good faith effort” to work with Democrats on the tax bill, according to the CNN poll. The 1,097-page bill cuts the corporate tax rate from 35% to 21% and also lowers the tax rate overall.

Economics experts told TIME this week that the bill favors higher-income inners and businesses more than it does the middle class. While the bill doubles the standard deduction for middle-class families, its tax cuts for corporations and elements like doubling the minimum for the estate tax would aid wealthier Americans. 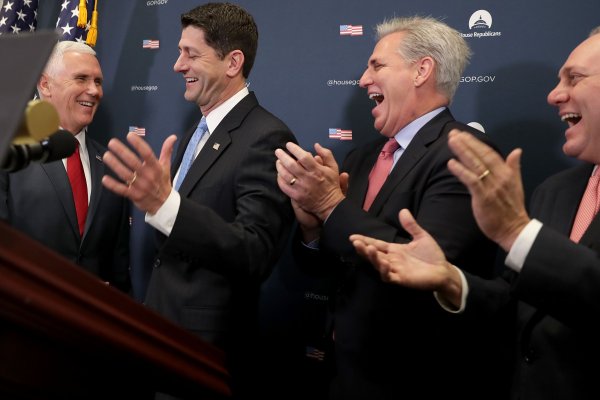