President Trump’s speaking role will debut Tuesday, when the attraction in Orlando, Fla., officially opens. According to the Orlando Sentinel‘s preview of the exhibition, the Trump robot, placed center stage, nods, talks with his hands and delivers a brief speech, but has not been programmed to Tweet.

“Above all, to be American is to be an optimist — to believe that we can always do better — and that the best days of our great nation are still ahead of us,” robot President Trump reportedly says in part of his speech. “It’s a privilege to serve as the President of the United States, to stand here among so many great leaders of our past, and to work on behalf of the American people.”

President Trump recorded his lines earlier this year, continuing a tradition that began with President Bill Clinton in 1993. The Hall of Presidents, one of Disney World’s oldest attractions, features speeches from Lincoln, George Washington and the sitting President.

There was speculation that Disney would break from precedent and not grant robot Trump a speaking role after the exhibition’s re-opening was delayed from June. Disney quickly dispelled any rumors that the automaton would be voiceless. “Despite some media reports to the contrary, President Trump will have a speaking role,” the company said in a blog post.

Some, however, would have preferred a silent role; a change.org petition netted more than 15,000 signatures “to stop the inevitable Donald Trump animatronic figure from speaking,” claiming that he “ran a Presidential campaign on hateful speech, misogyny, racism and xenophobia.” 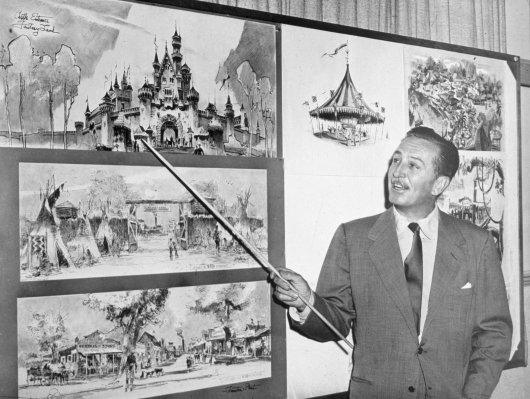