'Shock and Sorrow.' A K-Pop Icon's Apparent Suicide Devastates Fans in South Korea and Beyond

A member of popular South Korean boyband SHINee died Monday in a possible suicide, leaving K-pop fans devastated by the tragic, sudden loss. Kim Jong-hyun, known by his stage name Jonghyun, was found unconscious at his apartment in Seoul, police told Korean media. He was 27.

“We’re sorry to deliver such heart-aching, unfortunate news. On December 18, SHINee member Jonghyun left our side unexpectedly,” the company said.

“The deep sorrow cannot be compared to ones of his family who had to let go of their loving son and brother but the employees and artists of SM Entertainment, also in deep shock and sorrow, are offering condolences,” the statement added.

Jonghyun was one of five members of SHINee, a prolific band formed in 2008 and which quickly shot to fame in South Korea. The group also gained popularity in Japan and China, and first performed in the U.S. earlier this year as part of their fifth world tour. Jonghyun, a singer, songwriter and dancer, had also launched a separate, successful solo tour, appearing at a concert earlier this month in Seoul.

According to Yonhap News, Jonghyun’s sister called the police on Monday after receiving a fatalistic sounding “farewell” text from her brother. Emergency responders rushed to the singer’s Gangnam District apartment where they reportedly found coal briquettes burning on the stove and suspect carbon monoxide poisoning may have been the cause of death.

Fellow K-pop singer Nine9 released what she said was Jonghyun’s suicide note on Monday night, adding that she did not know if “it was the right thing to do,” but that she wanted to honor her friend’s final wish and shed light on his mental health struggles. She said she consulted with the deceased star’s family before making the heart-wrenching note public.

“I am damaged from the inside. The depression that has been slowly eating away at me has completely swallowed me, and I couldn’t win over it,” the singer wrote.

Beyond being admired for his talent in singing, dancing and songwriting, Jonghyun was also well known as a voice for LGBT rights in South Korea, according to the BBC. 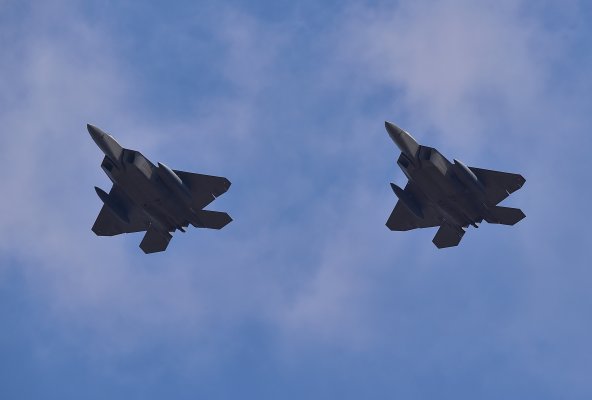 The U.S. and South Korea Begin Huge War Drills
Next Up: Editor's Pick