'I Didn't Know.' Meryl Streep Responds to Rose McGowan's Claims She Was Silent About Weinstein

Meryl Streep said she was never deliberately silent about Harvey Weinstein’s alleged behavior in response to criticism from Rose McGowan.

Over the weekend, McGowan criticized reports that several actors are planning to wear all black to the Golden Globes to protest sexual harassment in the industry. McGowan has alleged that the producer raped her in the 1990s. Weinstein has repeatedly denied “any allegations of non-consensual sex.”

“Actresses, like Meryl Streep, who happily worked for The Pig Monster, are wearing black @goldenglobes in a silent protest. YOUR SILENCE is THE problem. You’ll accept a fake award breathlessly & affect no real chance. I despise your hypocrisy. Maybe you should all wear Marchesa,” McGowan said in a now-deleted tweet.

In a statement to HuffPost, Streep, who has worked with Weinstein on films like The Iron Lady and August: Osage County, said that it hurt that McGowan believed she knew about the mogul’s alleged behavior. Steep previously said she didn’t know about his alleged offenses.

Streep added that she tried to reach McGowan over the phone to express respect for her for coming forward and sympathy for her “untold, ongoing pain.” But she said she wasn’t able to connect with her.

“I am truly sorry she sees me as an adversary, because we are both, together with all the women in our business, standing in defiance of the same implacable foe: a status quo that wants so badly to return to the bad old days, the old ways where women were used, abused and refused entry into the decision-making, top levels of the industry. That’s where the cover-ups convene,” Streep said. “Those rooms must be disinfected, and integrated, before anything even begins to change.” 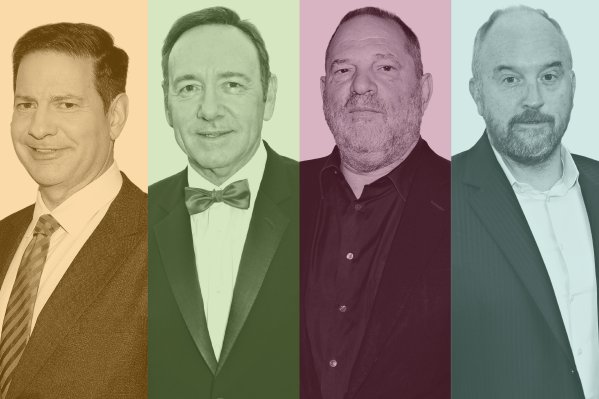 What Happens to Hollywood Projects Tainted by Allegations of Sexual Misconduct?
Next Up: Editor's Pick