In the wake of Luke Skywalker’s death, the final scene of The Last Jedi attempts to raise fans’ spirits by revealing that one of the young stable hands of Canto Bight has the ability to use the Force.

In a blink-and-you’ll-miss-it moment, the little boy — whose name is reportedly Temiri Blagg — pulls his broom through the air simply by reaching toward it. He then looks down at the Resistance ring Rose Tico gave him for helping her and Finn escape before holding up the broom like a lightsaber.

Ending the film on this note helps drive a few different points home. First, it seems to prove that Luke’s insistence to Kylo Ren that he would not be the last Jedi is true. Not only is Rey still alive, but the story of Luke’s last stand has spread across the galaxy to Force-sensitive individuals such as Temiri, inspiring them to continue fighting to keep the Dark Side at bay.

“It’s mostly about Luke,” director Rian Johnson told Entertainment Weekly. “To me, it shows that the act Luke Skywalker did, of deciding to take on this mantle of ‘the legend,’ after he had decided the galaxy was better off with[out], had farther reaching consequences than saving 20 people in a cave. Now the Legend of Luke Skywalker is spreading. Hope is reignited in the galaxy.”

The sequence also seemed to serve as a callback to Rey’s discovery that her parents were nobodies who sold her for drinking money on Jakku. Just as the Force was awoken in Rey — an orphan who apparently has no Jedi blood — it can be awoken in a child abandoned by gamblers on Cantonica or any other number of people.

The power of the Jedi lives on. 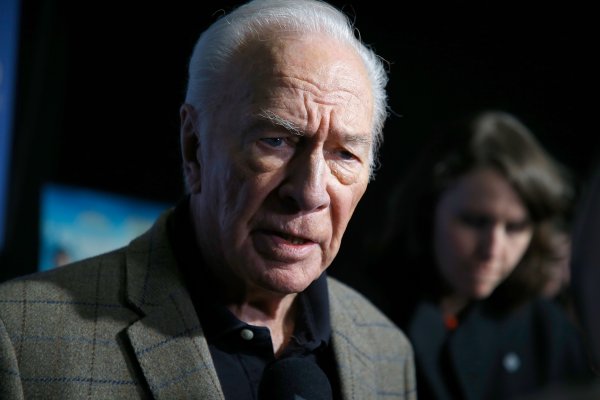 Here's Your First Look at Christopher Plummer Replacing Kevin Spacey in All The Money in the World
Next Up: Editor's Pick