Egypt Is Holding at Least 18 Americans Captive. Activists Want The White House to Fight for Their Release

When Vice President Mike Pence visits Egyptian President Abdel Fattah el-Sisi in January, more is at stake than the fallout from President Trump’s controversial decision to move the U.S. embassy in Israel to Jerusalem.

At least 18 Americans are reported to be jailed in Egypt, many of them imprisoned on ‘dubious’ charges, according to U.S. lawmakers. Their families and lawyers are hoping that Pence’s visit provides an opportunity to press the Egyptians for the prisoners’ release, as Trump did when Sisi visited the White House in April. Soon after, Egypt agreed to release U.S. citizen and aid worker Aya Hijazi, who had been detained for three years on child abuse and human-trafficking allegations that were widely dismissed by human-rights groups.

Pence was slated to visit the region this month, but the trip was delayed on Monday for the second time, just hours after Egypt called on the United Nations Security Council to pass a resolution that would have rejected Trump’s decision to recognize Jerusalem as the capital of Israel. Every member of the Security Council voted in favor of the resolution except for the U.S., which blocked the measure. The White House has said that the timing of Pence’s trip has been in flux due to the possibility that the Vice President may need to provide a tie-breaking vote for the tax bill currently moving through Congress.

Praveen Madhiraju, an attorney at Pretrial Rights International, represents two Americans who have been held in Egypt since 2013. Ahmed Etiwy, a 27-year-old university student from New York, and a New York auto parts dealer, Moustafa Kassem, 52, were each arrested with at least hundreds of others as part of a state crackdown after that year’s military coup. (Their lawyer says there is no evidence against them.) American citizen Aayah Khalaf says her parents, who are permanent legal residents of the U.S., were detained this summer as they planned to leave Egypt and have since been held in solitary confinement without charges.

The U.S. captives in Egypt are among dozens of Americans currently detained by foreign governments, often in grisly conditions. Joshua Holt, a 25-year-old from Utah, has been held in Venezuela with his wife for nearly 18 months. At least four U.S. citizens are imprisoned in Iran. A pastor from North Carolina is jailed in Turkey. Three Americans remain in prison in North Korea after Ohio college student Otto Warmbier died following “tortuous mistreatment,” according to his family.

Mohamed Soltan, a human-rights advocate who was held in Egypt for two years before President Obama secured his release in 2015, urged action during a press call on Monday with Hijazi, Khalaf, and Madhiraju. “The U.S. should use its weight and leverage to secure the release of its citizens,” Soltan said. “Aya and I are living testament to that leverage.”

Yet Madhiraju is concerned that Trump’s efforts to free captive Americans may be subsiding. He says his team has contacted the White House at least 11 times since March to seek assistance for these cases, but has not heard anything in reply. He worries Pence may sidestep the issue when he meets with Sisi.

Khalaf says her parents’ case has gotten plenty of attention from Congress but less from the Trump Administration. “We’ve got lots of support on the Hill but we haven’t gotten much support from the State Department and the White House,” Khalaf said. Republican Sen. John McCain of Arizona sent a letter to Trump in August urging pressure on Egypt over human rights violations and highlighting the cases of the nearly 20 Americans held there. New Jersey Senators Cory Booker and Robert Menendez, both Democrats, sent a letter to U.S. Secretary of State Tillerson in April asking for action on behalf of a 17-year-old New Jersey native held in Egypt. Republican Sen. Orrin Hatch of Utah continues to press for Holt’s release from a Venezuelan prison.

Senior White House officials held dozens of meetings with families of captives held in various countries during the first months of the Trump administration, and Trump has bragged about his success in bringing captive Americans home. “President Obama tried and failed many times over three years, but we were able to get this done in a very short period,” he told TIME in August of Hijazi’s release. “There have been other releases, some that we can’t talk about.”

But in November, after three UCLA basketball players were released from shoplifting charges in China, Trump tweeted that he “should have left them in jail” following a disagreement he had with one of the player’s fathers.

The White House brushed the comments off and touted Trump’s negotiating skills. “Frankly, it’s really fortunate that the president has built a strong enough relationship with President Xi of China that he was able to help secure the release of the three American citizens,” White House press secretary Sarah Huckabee Sanders said at the time. “Whenever the president is able to use his office and those relationships to help American citizens held overseas, he’s certainly going to do that.”

The Administration’s campaign to free U.S. captives abroad may be affected by the departure of deputy national security adviser Dina Powell, an Egyptian-American. Powell is expected to leave the White House early next year, raising questions about who will take over as a primary advocate within the Administration for captive Americans. Powell was expected to travel with Pence to Egypt this week before his trip was postponed for the second time. 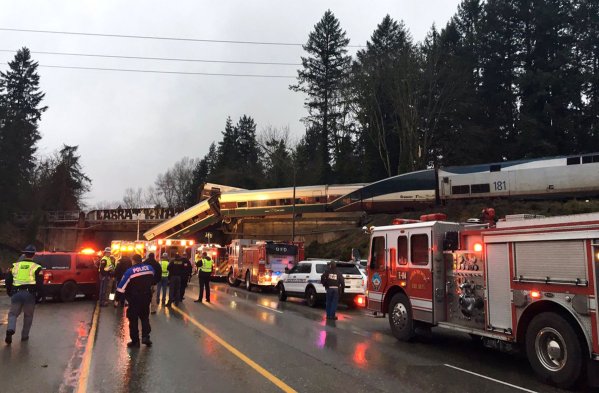