China unveiled plans Tuesday to create the world’s largest carbon market as the country continues to position itself as the world leader in the fight against climate change.

The emissions trading scheme, which the government plans to enforce in China’s power sector around 2019, will play a key role in helping the country to achieve its goal of beginning to reduce its emissions by 2030. The move sends a concrete signal to leaders across the globe that China is committed to addressing climate change at a moment when the U.S. is stepping back on the issue.

“The anticipation of this announcement, which has been building for months, is a reflection of how crucial China is,” says Nat Keohane, head of the Global Climate program at the Environmental Defense Fund. “This is the Mount Everest of climate policy.”

China first said in 2015 that it would create a national carbon market ahead of the negotiations that ultimately yielded the Paris Agreement on climate change. That announcement—made by Chinese President Xi Jinping as he stood beside then-President Obama—was a signal that the world’s two largest economies and polluters were unified in their commitment to addressing the issue. Climate policy experts say those pledges helped seal the global deal targeting greenhouse gas emissions.

But since then the U.S. has retreated from its leadership role on the the issue under President Trump, who has promised to withdraw the country from the Paris Agreement and sought to undo Obama-era climate regulations at every opportunity. On Monday, the White House suggested that global policies aimed at tacking climate change were part of an “anti-growth energy agenda” in an unveiling of its National Security Strategy. Instead, Trump plans to promote U.S. “energy dominance” with a focus on promoting American fossil fuels.

That reversal has left China and a handful of countries in Western Europe seeking to fill the gap, and China’s new carbon market will play a central role. The nation’s power sector generates nearly 40% of its carbon dioxide emissions, and the effort to curb emissions will eventually expand to include the chemicals, building materials and aviation industries, among others. The program creates a financial incentive for natural gas and coal-fired power plants to reduce their emissions by requiring plants to hold permits for those emissions. Plants that exceed the standard can sell their excess permits.

Along with other policies, the carbon market will help China cap its emissions by 2030, with some estimates suggesting it could do so before 2025. Meeting that goal would allow the country to strengthen its targets in the ongoing United Nations climate change negotiations, which climate policy experts say would increase the chances that the world hits the targets set in the Paris Agreement.

Unlike the Trump Administration, Chinese leaders—along with many in Europe—see climate change as an opportunity to drive growth. By sheer virtue of its size, China’s move away from coal will cripple the global industry and help push the world toward cleaner energy sources. When that happens, China is prepared to supply the world with clean energy technology like solar panels and lithium ion batteries that it manufactures domestically thanks to billions in investment from the national government..

“They’re stepping up to make it clear that they’re not going to wait for the United States,” former Secretary of State John Kerry told TIME earlier this year. “There’s no grass growing under the feet of the Chinese.” 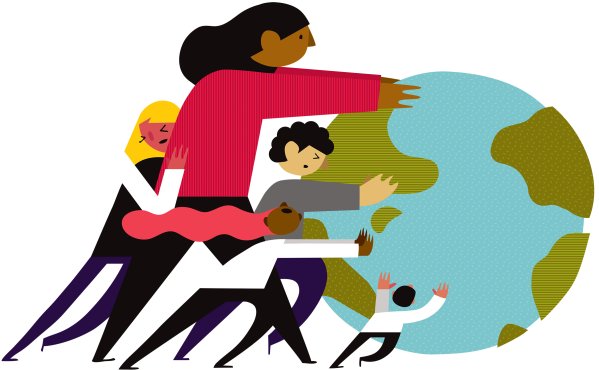 The Global Plan to Combat Climate Change Faces a Reckoning
Next Up: Editor's Pick