The new movie The Post, out Friday, finds the titular paper at a pivotal moment in its history. In 1971, after the New York Times was temporarily barred from publishing the explosive information in the Pentagon Papers, the Washington Post (and other publications) made the decision to report on parts of the leaked classified documents about the Vietnam War.

Though the process of publishing the news was a team effort, ultimately the choice came down to one person: Washington Post publisher Katharine “Kay” Graham, played in the movie by Meryl Streep. As Graham would write in her acclaimed 1997 memoir Personal History, she was hosting a party and in the middle of making a toast when she was called to the phone to make the final decision — one that could potentially put the entire company in jeopardy.

Instead, the decision would become one of the most famous in the paper’s history, and would eventually receive legal backing when a court found that the government had not adequately proved that publication was a danger to national security. But it might have surprised anyone who knew Graham in her earliest days at the paper, as the job of decision-making publisher was one that came to her in a tortuous fashion.

Graham’s father, Eugene Meyer, had purchased the Post in 1933. Though his only son had decided to become a doctor, his daughter Kay took an interest in the paper. After she graduated from college, she took a job as an editorial assistant, a role she held in 1939 when she met a young man named Philip Graham, whom she married in 1940. As a 1956 TIME cover story about the Washington Post explained, Meyer passed the publisher baton to his son-in-law in 1946 — even though Phil was a lawyer by training who had spent six months as associate publisher while Kay had cut her teeth at the paper beginning more than a decade previously. (Interestingly, that 1956 story also notes that while the Post was noteworthy in Washington for being independent in its political leanings — at the time, conventional wisdom held that the U.S. mainstream media was a force on the side of Republicans — it had long taken on an opposition role when it came to Richard Nixon.)

Two years after Graham took over as publisher, Meyer turned over his ownership of the paper to the couple, and in the next decade the once-struggling paper found its voice and its economic footing.

But in 1963, Philip Graham’s leadership came to an abrupt halt. After six weeks of voluntary inpatient treatment for what was then known as manic depression, he returned home and shot himself. He died at age 48. About two months later, Katharine Graham officially became president of the company, eventually taking on the roles of publisher, chairman, and CEO, with the promise that she would continue her husband’s legacy.

In Personal History she shed a light on her side of that time period, as TIME explained in its review of the book:

She was still watched, but in a different way, nearly a decade later when the Pentagon Papers episode began — and, as the movie version of the story bows to strong early reviews, it’s clear that she made an impression.

In 1979, Graham passed the publisher job to her son Donald E. Graham, though she kept her ownership and CEO-chairperson role for many more years, remaining involved with the company until her death in 2001. 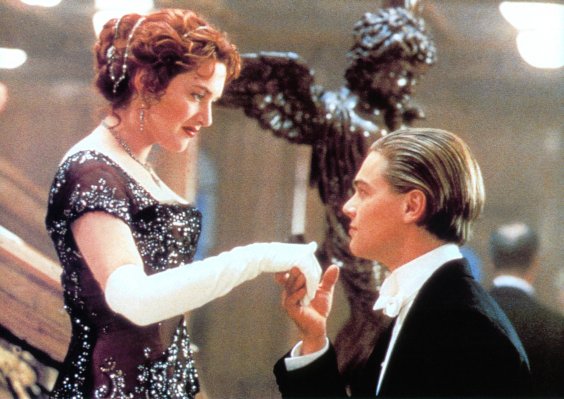 7 Reasons Why 'Titanic' the Movie Could Have Been a Shipwreck, Too
Next Up: Editor's Pick