The science is still out on whether the long-term use of cell phones—which emit electromagnetic radiation when they send and receive signals from towers or WiFi devices—can affect human health. But for people who want to reduce their exposure to this type of energy, the California Department of Public Health has published new guidelines on how to do just that.

The guidelines, issued last week, note that “some laboratory experiments and human health studies have suggested the possibility that long-term, high use of cell phones may be linked to certain types of cancer and other health effects.” These include brain cancer, tumors of the acoustic nerve and salivary glands, lower sperm count, headaches and effects on learning, memory, hearing, behavior and sleep.

But scientists disagree on how real—or how serious—these risks really are, and studies have not established any definitive links between health problems and radiofrequency (RF) energy, the type of radiation emitted by cell phones. “This document is intended to provide guidance for people who want to reduce their own and their families’ exposure to RF energy from cell phones,” the guidelines state, “despite this uncertainty.”

The guidelines recommend keeping phones away from the body when they’re not in use—in a backpack, for example, rather than a pocket—and sleeping with phones away from the bed. People may also choose to use speakerphone or a headset to make calls, rather than holding the phone to their heads. (They should remove their headsets when they’re not in use, though, as these devices also emit small amounts of RF frequency.)

People can also reduce their exposure by limiting cell-phone use when the cellular signal is weak; when traveling in a high-speed car, bus or train; to stream audio or video; or to download or upload large files. All of these circumstances cause phones to put out higher-than-normal levels of RF energy. Phones also emit RF energy when connected to WiFi or Bluetooth devices, but at lower levels.

MORE: You Asked: Should I Worry About Wi-Fi Radiation?

The guidelines also caution against the use “radiation shields” and other devices marketed to block RF energy. According to the U.S. Federal Trade Commission, these products may force a phone to work harder and emit more RF energy in order to stay connected, which could actually increase a person’s exposure rather than decrease it.

California officials issued the new report in response to increasing smartphone use in the United States, especially among children. About 95% of Americans own a cell phone, according to a press release from the California Department of Public Health, and the average age for a first cell phone is now 10 years old. About 12% of people use their smartphones for daily Internet access.

There’s not a lot of research on the effects of cell-phone use on children’s and teens’ health, the report acknowledges, but some studies have suggested that it may be associated with hearing loss, ringing in the ears, headaches and decreased well-being. Children who use cell phones will also have more years of exposure to RF energy over their lifetimes than people who started using them as adults, which leads some doctors to recommend added caution.

In 2011, the World Health Organization’s International Agency for Research on Cancer published a review stating that cell-phone radiation is “possibly carcinogenic.” And earlier this year, an Italian court ruled in favor of a plaintiff who argued that his brain tumor was the result of excessive work-related cell-phone use over a 15-year period.

Still, the amount of radiation emitted from mobile phones or WiFi devices is well below safety standards set for consumer products. It’s also important to consider the health benefits of cell phones, the Centers for Disease Control and Prevention points out on its website: They can be valuable in an emergency and can even save lives.

Experts agree that more research, and more time, is needed to fully understand the potential health implications of long-term cell-phone use. 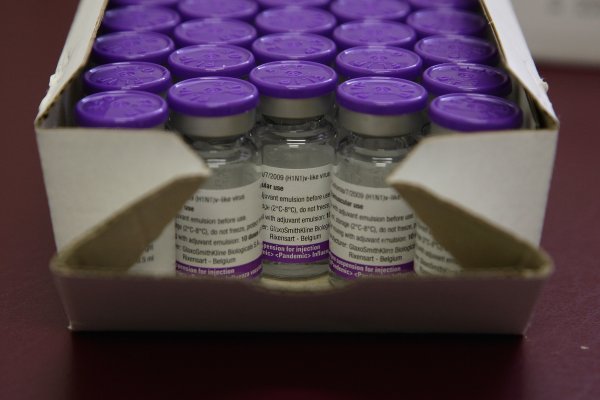 More People May Die from the Flu Each Year Than We Thought
Next Up: Editor's Pick