Nathan Lane on Humanizing a Complicated Villain in Angels in America

Did you see Angels in America in its first run?

I saw it on Broadway. I knew a little about Roy Cohn, and I just got swept up in [playwright] Tony Kushner’s language. I hadn’t seen anything like that before. The combination of the emotions of the personal relationships and people dealing with AIDS and also the political stuff. It was thrilling, and it was incredibly funny as well. But it’s not a part that was on my radar.

Putting the play on at this moment, with Cohn acolyte Donald Trump serving as President, makes a particular kind of statement.

In many ways that remains to be seen. We’re just going to do the play, and people will see what they want to see in it. But certainly Trump learned many lessons from Roy; he just uses a cruder, more primitive version of what Roy taught him. He does tend to follow a lot of the Roy Cohn rule book.

Angels in America includes two parts that run some 7½ hours—during which your character is dying a protracted death. What do you draw upon to keep going?

It’s just about taking care of yourself and going to bed and getting enough rest and eating properly. It’s an athletic event, and you have to live like a nun. The material itself guides you and gives you inspiration, and if you just trust it, it will take you there.

The play, as written, portrays Cohn as both a villain and something more complex.

You have to play a human being, and those people never think of themselves as monsters. They think they’re in the right and they’re doing what they should be doing. My job is to make him a human being. Because underneath the machinations and the vile things he says, there’s that little kid who learned very early that being different, being Jewish, being gay was not a good thing, and he was never going to allow himself to be vulnerable to those attacks. Whatever created that person, that’s what you’re after, the truth of that and what made him turn into this creature we saw lurking around Studio 54. It was this bizarre thing that he would not let go of. He had this strange thing where he would flaunt it and still deny it. It’s part of what destroyed him. Somebody said he was in a neon closet.

Things have changed a great deal for gay men since Angels in America was first performed, in 1991. Do you think the play itself has been part of that change?

As far as we’ve come, we’ve got a long way to go. While we were rehearsing, people would talk about the ’80s and how this was a period piece. Being a living artifact of the ’70s and ’80s, there was stuff I could talk about. For some people it’s a history lesson, and I think it’s important for people to look back at where we were. Some young people don’t realize that getting AIDS was a death sentence. One hopes it provokes conversations about our history.

You spent seven months in the London production, leaving your husband [producer Devlin Elliott] and dog behind. What is being in a partnership as a creative person like?

I was able to make that decision because of him supporting me and saying, “You have to go do this, you have to play this part. You’ll regret it if you don’t. We’ll make it work. I will come over, and we’ll make it work.” Being home certainly makes it easier and more pleasant. But this isn’t a part, I must say, that I carry around with me. I almost hesitate to say how much I enjoy being Roy Cohn. To get to play scenes like what Tony has written! There’s nothing better. And so it hasn’t been a lot of wear and tear on the psyche. It’s not something I go home and fret about. I’m not saying it’s easy, but it’s also very enjoyable when it works. 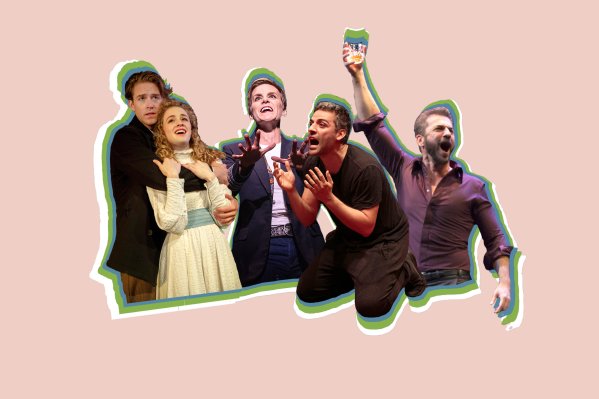