You have to hand it to the influenza virus. For something that’s invisible to the human eye, it certainly has a way of grabbing our attention and anxiety–not just once in a blue moon but every year, winter after winter.

This season the potentially deadly virus is in rare form. Public-health experts are predicting that this year’s flu will be severe for several reasons. Cases are starting up early, which is one indicator of an aggressive virus. Another worry: Australia’s flu season typically augurs that of the U.S., and so far this year, Australia recorded 2½ times as many cases, compared to the same period last year.

What’s more, experts report that the flu vaccine, designed to inoculate hundreds of millions of people, may not be as effective as they’d hoped.

Normally in severe flu seasons like this one, the reasons for the suffering are pretty straightforward. Flu vaccines have long been manufactured in a decades-old process that involves growing the influenza virus in millions of chicken eggs, over a period of about four months. That means flu-shot manufacturers need a head start. Every year in the spring, influenza experts at the World Health Organization (WHO) make their best educated guess, based on the previous year’s flu cases, about which strains of the virus will make the rounds in the coming winter. Sometimes they nail it. But sometimes they don’t–and entirely different strains circulate that make people sick.

The virus can also mutate quickly, so by the time the vaccines are doled out, the bugs people are spreading through sneezes and coughs may be different from the ones you were vaccinated against.

That leads to more people catching the flu, even if they are immunized, and getting sick. (Flu-related illnesses can also be deadly, claiming up to 600,000 people per year globally.)

This year, there seems to be something else going on. The viruses in the vaccine are similar to the virus that people are encountering from other sick people. Theoretically, it should then offer good protection against catching the flu.

But it isn’t. Why? For the first time, there is evidence that the way flu shots are made may be contributing to lower effectiveness.

Because public-health officials have to guess which versions of the flu will cause disease, they hedge their bets and include several strains in the shot. This year’s shot includes H1N1, H3N2 and an influenza B. Flu viruses are not easy to grow in chicken eggs, so to help the process along, researchers make minor changes to the virus. Those changes, says Brendan Flannery, an epidemiologist in the influenza division of the Centers for Disease Control and Prevention (CDC), may be making the H3N2 strain in particular less potent–which would limit the immune response it triggers in the body. Since that immune response is critical to how vaccines work, this could lead to people remaining susceptible to that particular strain of flu going around–even if they got their flu shot.

“There is evidence that growing the vaccine virus in eggs resulted in changes that altered the vaccine’s effectiveness,” he says. When researchers compared the H3N2 strain from infected people with the original H3N2 reference strain designated by the WHO, they did not find many differences. But when they compared the virus in infected people to the vaccine virus that was grown in eggs, they saw changes. Says Flannery: “The take-home message is that vaccine production, growing the virus in eggs, can cause some of the problems we are seeing.”

Scientists are trying to shift away from egg-based vaccine production, but they haven’t found a reliable alternative method yet. Even a new form of vaccination, a nasal spray that was introduced in 2003, is no longer recommended by the CDC, after it seemed to offer less protection against another strain, H1N1, compared with the shots.

So should you try to survive the season without getting vaccinated? That’s not a good idea, say leading experts, since even if the vaccine is not effective against one strain, it will still protect you against other strains that may be making the rounds. And that’s important, especially for preventing transmission of flu among people with weaker or less developed immune systems, such as infants, the sick and the elderly. When it comes to viruses, the science is clear: some protection is better than none. 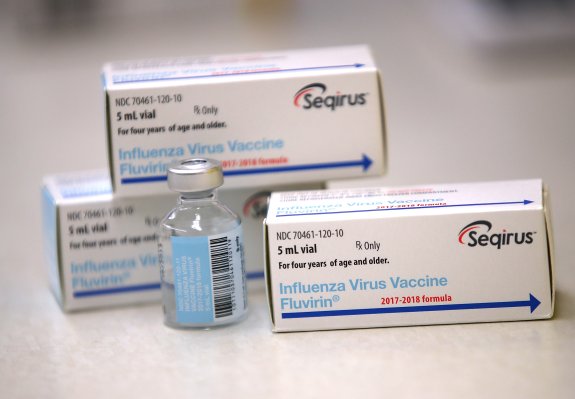