Is 2018 the Year for Polio’s Extinction?

Lallan, a 16-year-old Indian boy, contracted polio when he was 7. In the rural area where he lives, the vaccine was unknown
Debsuddha Banerjee—Barcroft Images/Getty Images
By Jeffrey Kluger

There isn’t a big market for poliovirus plush toys. They’re not much to look at–about the size of a softball and a sort of ashen gray. That’s a fitting color: polios is Greek for gray, and it’s the gray matter in the central nervous system that the virus attacks, robbing children of the ability to walk, if it doesn’t kill them first. It would be the rare parent who would want even a cuddly likeness of so lethal a thing anywhere near a healthy baby.

But the plush toys were much in demand at the headquarters of the Bill & Melinda Gates Foundation on World Polio Day in October. They were tucked into gift bags, stashed in purses, playfully tossed from person to person. If that seems unserious, well, the 400 people in attendance and the 150,000 more who watched the presentations online had a right to let themselves go.

As recently as 1988, there were 350,000 cases of polio each year, and the disease was endemic in 125 countries. In 2017 there have been only 16 cases, in just two countries: Afghanistan and Pakistan. With a case count so low, the question now is a straightforward one: Will 2018 be the year we get to zero?

“We’ve never seen this level of progress, this level of restricted transmission,” says Jalaa’ Abdelwahab, deputy director of UNICEF’s polio-eradication initiative. “We’re hoping that by the end of the next transmission season, we will see zero.”

If that happens, polio will join smallpox as the only other human disease to be driven over the cliff to extinction. The 16th case in 2017 could, at least in theory, be the last case ever.

The road to almost zero has been a long one–and a lot of the credit has rightly gone to Rotary International, the global service organization that made polio eradication its mission in 1979. That year the group began a five-year campaign to vaccinate upwards of 6 million children in the Philippines. In 1988, Rotary joined hands with UNICEF, the World Health Organization (WHO) and the U.S. Centers for Disease Control and Prevention to form the Global Polio Eradication Initiative. In 2007 the Bill & Melinda Gates Foundation came aboard. Today 2.5 billion children have been vaccinated worldwide at a cost of $15 billion.

One thing that has made so mammoth an undertaking possible is the type of vaccine used. There are two varieties: one administered orally and one by injection. The oral polio vaccine (OPV)–which is easier, cheaper and less scary for the children who receive it–has been the go-to choice for eradication. It takes an average of three doses at different times to confer full immunity; as long as the poliovirus is still at large, that will have to continue.

“Each year we vaccinate 450 million children under 5 years old,” says Abdelwahab. “OPV is an amazing tool for stopping acute cases.”

While OPV can cost as little as 18 cents per dose, inoculating nearly half a billion kids each year is not cheap–especially when you add the cost of field workers and delivery chains. In a world where diseases like malaria and HIV claim millions of lives, pouring so much money into eradicating a disease with fewer than two dozen victims this year raises questions. Health experts concede the seeming disconnect.

“The cost per case at this point seems ludicrous,” admits Mark Suzman, chief strategy officer for the Bill & Melinda Gates Foundation. The fact is, however, that spending the money now means saving much more later.

For every child paralyzed by polio, there are 200 others who carry the virus without symptoms. A person from an endemic country can thus get on a plane and unknowingly spread the virus elsewhere. WHO estimates that if all polio vaccinations stopped today, the case count would soar to 200,000 per year within a decade. That makes eradicating the virus imperative–and it’s a realistic goal.

“Humans are the only reservoir for polio,” says Abdelwahab. Wipe the virus out in us, in other words, and you wipe it out everywhere.

One obstacle is the vaccine itself. OPV uses a live, weakened poliovirus to stimulate the immune system and confer immunity. But the weakened virus can occasionally mutate and be shed in its infectious form.

The result is what’s known as vaccine-derived polio. It’s rare; there are far fewer incidents of it than there would be of so-called wild polio if there were no vaccine, but in 2017 that still meant 80 vaccine-derived cases. Of those, 70 were in Syria, where war makes vaccination coverage spotty, leaving people susceptible to the mutated virus. “Displaced populations are a high-risk group,” says Carol Pandak, a polio-eradication director for Rotary.

Eliminating vaccine-derived polio requires eventually dropping the oral vaccine and instead using the injection-administered inactivated polio vaccine (IPV), which uses a killed virus that is unable to cause the disease. After the case count reaches zero and holds there for three years, OPV will be withdrawn and IPV alone will be used for about 10 years as part of routine childhood checkups. Ultimately even that won’t be necessary.

Once the disease is no more, the money and resources used for vaccine drives will be freed up for other health challenges. The war against polio has taken the kind of global coordination an actual war does. But while battles in a shooting war claim lives, battles in the polio war save them. 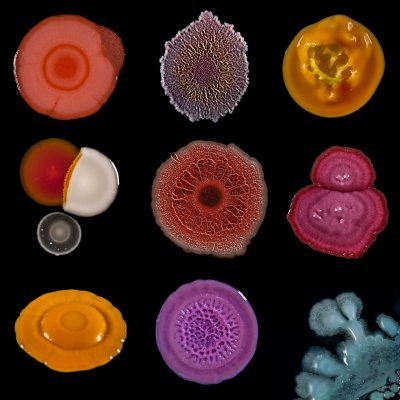 Superbugs Are Nearly Impossible to Fight. This Last-Resort Medical Treatment Offers Hope
Next Up: Editor's Pick