Ideas
By David Miliband
David Miliband is the President and CEO of the International Rescue Committee. He is the author of the book Rescue: Refugees and the Political Crisis of Our Time. From 2007 to 2010, he was the Secretary of State for Foreign Affairs of the United Kingdom.

My parents were refugees forced to flee from continental Europe to find safety in the U.K. during and after the Second World War. In the aftermath of the war, Western leaders played a key role in building an international system to protect refugees. Now, that system is under threat and in need of renewal. As the U.S. retreats from its traditional leadership role, we need the E.U. to step forward.

Today there are record numbers of displaced people – one in every 110 people on the planet is fleeing war or persecution. They are concentrated in poorer parts of the world: the top ten refugee hosting countries account for just 2.5% of global income. And they are displaced for a long time – an average of ten years.

For most refugees, a new start in life is increasingly out of reach: they are unable to return home, resettlement numbers in the West are being reduced, and pressure is growing in over-stretched host countries like Lebanon, or Kenya. One result is the rise in desperate recourse to smugglers who profit from misery.

The choice is simple: a future of increasingly under-managed and mismanaged flows of people, or one in which countries delivering the global public good of hosting refugees get proper economic and political support, and richer countries contribute resettlement places for the most vulnerable as well as financial aid.

The refugee crisis is manageable, not insoluble. Here is the deal: a new bargain giving refugees the chance of employment in return for which countries hosting them get long term macroeconomic support. A reform of the aid system to prioritize cash distribution to refugees – bringing power to them and benefit to the communities in which they live (60 per cent of refugees live in urban areas not camps). A major increase in investment in education of children: half of refugees are children, so this investment is a lifeline, not a luxury. And a resettlement system for the most vulnerable refugees to give them a chance to start a new life in a new country.

The Trump Administration has assaulted America’s leadership role in supporting refugees. Europe now has the opportunity to lead the way, but also the need to do so. By virtue of geography Europe is on the front line. But because of its range of diplomatic, humanitarian and political tools it has the chance to fashion a comprehensive response.

The European Union is the world’s largest humanitarian aid donor. Its emergency programs, and help for countries facing protracted crisis, are high quality. But there is pressing need for reform of the aid system. Outcomes need to be agreed and measurable. Evidence of what works needs to be collected, and then drive funding. Research and development for breakthrough ideas needs to be funded.

When it comes to resettlement for the most vulnerable refugees, the European Parliament has adopted a target for the E.U. to meet 20% of global resettlement needs. This is a number in the right ballpark but member states must put in place the right processes to deliver on it.

Resettlement has been a success story in the United States and can be so in Europe. Over 80% of people resettled to the U.S. by the International Rescue Committee are economically self-sufficient within six months of arrival. There is a substantive benefit for the refugees, but also a symbolic benefit for the countries hosting the majority of refugees.

Europe has priorities in humanitarian aid and managing migration. The two are related, but the purpose of humanitarian aid – relieving need – must not be compromised. Europe’s strategic partnerships with countries in need of aid need to be clear on which tools are being used for which purposes.

The refugee crisis is a trial for refugees and a test for those of us living in the comfortable West. When we fail refugees we betray our own history. And as importantly, we compromise our interests in a more stable and peaceful world, because untended humanitarian crises are fuel for political instability.

We can manage, and solve, this crisis if we all take responsibility. That means governments, businesses and citizens living up to our values. 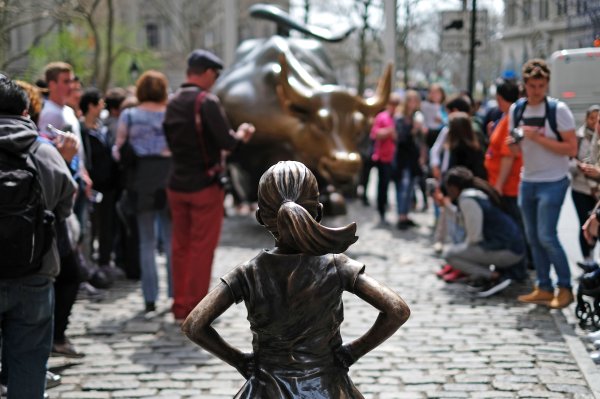 Former Time Warner CEO: It's Time to Replace All Men at the Top With Women
Next Up: Editor's Pick