Track Palin, the oldest son of former Alaska Gov. Sarah Palin, was arraigned Sunday morning according to online court documents, NBC News reports. He was arraigned on charges related to domestic violence, including felony burglary, assault in the fourth degree, and criminal mischief for causing $250 and $999 worth of property damage.

The attorney of Sarah and Todd Palin said neither were able to comment on the incident.

“Given the nature of actions addressed last night by law enforcement and the charges involved, the Palins are unable to comment further,” attorney John Tiemessen said in a statement to NBC News. “They ask that the family’s privacy is respected during this challenging situation just as others dealing with a struggling family member would also request.”

In January 2016, Palin was arrested on similar domestic violence charges, including assault in the fourth degree, interference with a domestic violence report, and misconduct involving weapons in the fourth degree. Records cited by NBC indicated that the girlfriend of Palin told police that Palin had “struck her on the left side of her head near her eye with a closed fist.” She fell to the ground and was kicked. According to the court documents, he then reportedly threw her cell phone and threaten to commit suicide with his AR-15 rifle.

Palin pleaded guilty to misconduct in possessing a weapon while intoxicated. The prosecution dismissed the rest of the charges.

At the time of the 2016 arrest, Sarah Palin suggested that her son’s behavior was connected to Post-Traumatic Stress Disorder following his deployment to Iraq.

“My son, like so many others, they come back a bit different,” said Palin at the time, according to NBC. “They come back hardened, they come back wondering if there is that respect for what it is that their fellow soldiers and airmen every other member of the military so sacrificially have given to this country.” 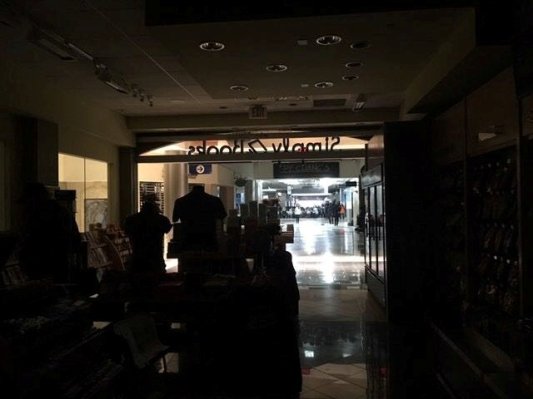 Power On at World's Busiest Airport
Next Up: Editor's Pick