Military-led atrocities against Myanmar’s Rohingya population may constitute genocide, according to the U.N. human rights chief, who adds that he would not be surprised if Myanmar’s leaders were one day held accountable at an international court.

Speaking to the BBC, U.N. High Commissioner for Human Rights Zeid Ra’ad Al Hussein said he is not ruling out out the possibility that genocide charges will be levied against either Myanmar’s pro-democracy icon turned de facto leader Aung San Suu Kyi, or army commander Min Aung Hlaing.

“Given the scale of the military operation, clearly these would have to be decisions taken at a high level,” Zeid reportedly said from the U.N. headquarters in Geneva.

Since August 25, Myanmar’s military crackdown on the Rohingya triggered an exodus of more than 655,000 refugees who fled into neighboring Bangladesh carrying little more than accounts of their persecution. Among the survivors, many bear bullet wounds and marks of sexualized violence, and tell of murder and arson committed by soldiers and vigilante mobs, according to U.N. reports. UNICEF says around 60% of the newly displaced refugees are children.

In September, Zeid said the military campaign against the Muslim ethnic minority resembled “textbook ethnic cleansing”. Earlier this month he told the U.N. Human Rights Council that “elements of genocide” could not be ruled out, though noted that ultimately, the distinction is a matter for the courts.

“The thresholds for proof are high,” he elaborated in an interview with the BBC. “But it wouldn’t surprise me in the future if a court were to make such a finding on the basis of what we see.”

Even before the latest resurgence of violence flared at the end of August, Zeid said he personally called on Aung San Suu Kyi to intervene.

Aung San Suu Kyi has no sway over her country’s autonomous and still-powerful military. But observers like Zeid say she could have used her enormous public influence to help quell the crisis, but did not.

He is also concerned that the violence is far from over, and warned of the potential for the Rohingya refugee population in Bangladesh to become radicalized and launch counterattacks on the Myanmar military.

This “could just be the opening phases of something much worse,” he said. 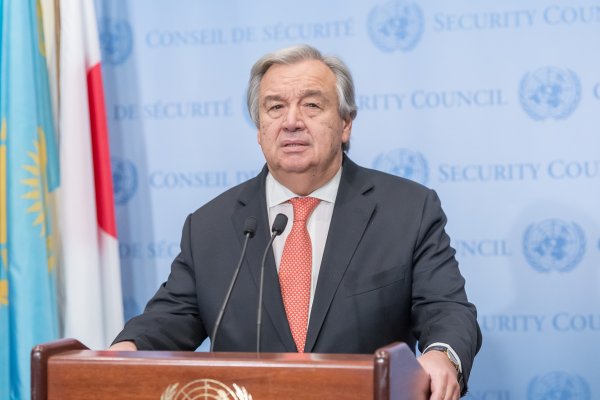