'Absolutely Grisly.' A Woman Was Mauled to Death by Her Own Dogs

A 22-year-old woman was apparently mauled to death by her own dogs, described as pit bulls, according to Virginia law enforcement.

Bethany Lynn Stephens’ body was found in a wooded area in Goochland, V.A., with wounds on her hands, arms, throat and face consistent with a mauling, WTVR reports. Stephens’ father went looking for her on Thursday, and reportedly discovered her dogs standing watch over her body.

“It was an absolutely grisly mauling ,” Sheriff James Agnew told WTVR. “In my 40 years of law enforcement I’ve never seen anything quite like it. I hope I never see anything like it again.”

Agnew told WTVR that the dogs appeared to initiate the mauling. Evidence suggests the attack began when Stephens was alive, and became fatal after she fell to the ground unconscious. There is no evidence of a homicide, WTVR reports, and the sheriff’s office will look to euthanize the pit bulls. 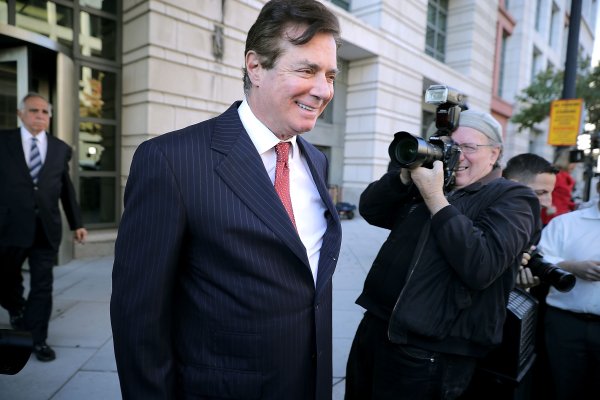 Manafort Will Be Released From House Arrest
Next Up: Editor's Pick