Meg Wolitzer Plays the Woman Card in The Female Persuasion

Meg Wolitzer has built her reputation by tapping into the zeitgeist, particularly as it relates to women, from the inequities within a marriage in The Wife (2003) to a teen girl grappling with death in the YA novel Belzhar (2014). When it’s published in the spring, The Female Persuasion will be her first book for adults since her 2013 smash hit The Interestings. Much has changed in the feminist movement, and for all women, since then, and this book observes those changes with a gimlet eye.

“I don’t think I’m any kind of a Cassandra, of course. These are things that we’ve all been thinking about for a long time,” Wolitzer tells TIME. “But it’s true that in this moment, there is a particular kind of pointed tension.”

The Female Persuasion is the story of Greer Kadetsky, a bright young woman who takes an interest in feminism after a frat boy gropes her at a party—and then gets away with even worse on campus. Soon after, Greer has a fortuitous encounter with a famous feminist who later takes her under her wing and gives her a job as a speechwriter. “We can use the word mentor—I find that word so formal—but it’s the idea of someone older who you look up to and admire, taking you up in some way,” Wolitzer says of Greer’s professional connection. “I wanted to write about the people you meet who change your life forever.”

Wolitzer names such figures from her own life, including her high school English teacher Reine Kidder, the mother of author Tracy Kidder, and Nora Ephron, who adapted Wolitzer‘s first book, This Is My Life, into a film. “Good mentors don’t have an agenda,” she says. “They don’t need you to be a certain way, to be a mini version of them.”

Faith Frank, the feminist around whom Greer orbits in The Female Persuasion, may resemble Gloria Steinem to readers, but “there’s only one Gloria, and that is the truth,” Wolitzer says. “I want to live in a parallel universe in which there are a lot more really famous feminists. So I created one.” Faith faces the same criticism that nonfictional second-wave feminists do: that her work is less relevant for women of color, that she has a white-savior complex, that her goals are too capitalistic.

“Saying, ‘What could we do better, how could we change?,’ is something that people in movements need to do,” Wolitzer says. “As a fiction writer, though, I think my role is just to observe that that is going on.”

It’s difficult to imagine exactly how the fast-moving sexual-misconduct stories will have changed the culture by the time the novel comes out in April, she adds. “But it won’t shake down one way. Nothing does,” she says. “A lot of things will keep happening, and then other things will pave over that, and then more will happen.” 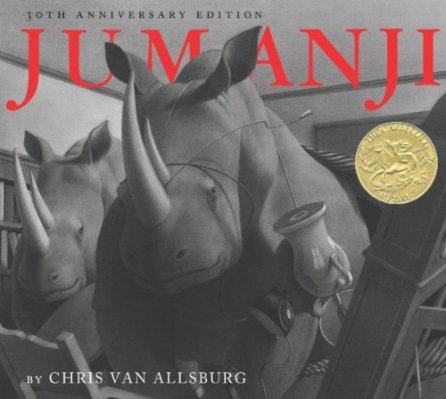 Jumanji Author Chris Van Allsburg on the Story's Personal Origins and Its New Reboot
Next Up: Editor's Pick