The first clip from director Ridley Scott’s forthcoming film All the Money in the World shows Christopher Plummer as the billionaire oil tycoon J. Paul Getty, refusing to pay a ransom after his grandson is kidnapped.

Plummer joined the cast just last month, replacing Kevin Spacey in the role after the actor Anthony Rapp accused Spacey of inappropriate sexual behavior when Rapp was 14-years-old. (That allegation was followed by many more.) Scott, who made the decision to remove Spacey at the eleventh hour — the film opens Dec. 25 — said in an interview with Entertainment Weekly that Plummer was his first choice for a replacement after he decided he could no longer work with Spacey.

“You can’t tolerate any kind of behavior like that,” Scott said of Spacey. “And it will affect the film. We cannot let one person’s action affect the good work of all these other people. It’s that simple.”

Plummer, along with costars Mark Wahlberg and Michelle Williams, quickly re-shot all of Getty’s scenes. He appears as a formidable wealthy man whose tight hold on money is putting his grandson’s life at risk. As his advisor, played by Wahlberg, begs him to pay the ransom, Getty pours champagne and says, “I have no money to spare.”

Asked what it would take for him to feel secure, Getty has only one answer: “More.” 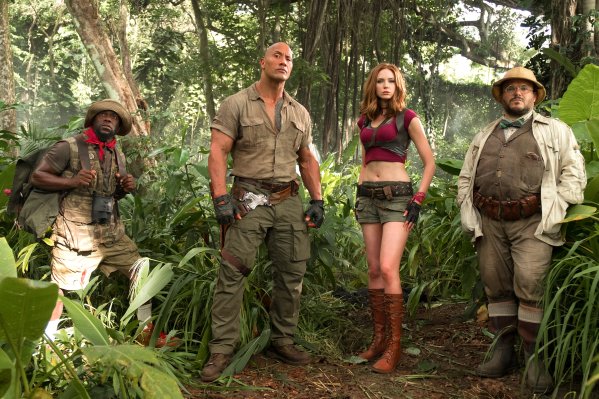 Affable but Vaporous Jumanji: Welcome to the Jungle at Least Has Dwayne Johnson Going for It
Next Up: Editor's Pick