For all the early American history crammed into Hamilton, there’s plenty more to the story that didn’t make it into the show. Case in point: “Ben Franklin’s Song.” The tune, with lyrics by Hamilton creator Lin-Manuel Miranda and music by the Decemberists, has now been released as the first installment of what Miranda is calling “the Hamildrops.”

As it turns out, a song is a fitting way to pay tribute to Franklin. In fact, he wrote folksy music of his own and, as mentioned in the song, played the “glass armonica” — the kind of instrument that the folk-leaning indie rock group The Decemberists might like too. The lyrics, sung from Franklin’s rather cheeky perspective at age 76 (which places the song around the year 1782), touch on some of Franklin’s most famous scientific credits (electricity) and writings (Poor Richard’s Almanack) while focusing on his diplomatic relationship with the French. Franklin spent much of the late 1770s and early 1780s in France, working to secure foreign support for the American revolutionaries.

Franklin scholars say that the lyrics to “Ben Franklin’s Song,” while they riff on true tidbits about his life, do take some creative liberties with how it all went down.

“The historical outlines of the lyrics are sound,” says historian H.W. Brands, author of the Pulitzer Prize finalist The First American: The Life and Times of Benjamin Franklin. “He went to France to get money for guns and other supplies in the Revolution.”

References to “some lightning, a kite, and a fat brass key” do correspond with an experiment Franklin did, though he gets more credit (in the song and in general) than he should for what the experiment uncovered. As the Franklin Institute has noted, “Benjamin Franklin did not discover electricity during this experiment — or at all, for that matter. Electrical forces had been recognized for more than a thousand years, and scientists had worked extensively with static electricity. Franklin’s experiment demonstrated the connection between lightning and electricity.” As for whether they were “putting up streetlights in Gay Paris” during Franklin’s time there, which the song suggests, the first electric street lamps in the city of light wouldn’t show up until decades after Franklin went home.

The description of Franklin’s son gets points for accuracy — he was in fact on the “wrong side” of the Revolution, as the song puts it, having landed himself in jail while working with British and their loyalists — and it’s true that Franklin had a tense relationship with John Adams. As Brands simply puts it, “Franklin was wining and dining Paris elites.”

One idea implied by the song, however, gets a resounding “no” from historians. In the song, Franklin’s refrain is that “diplomacy happens at night,” forcing him to “stay up late with a succulent breast or a thigh.” But, while the wining-and-dining aspect of Franklin’s time in Paris is well-documented, that’s not the case for the not-so-subtle suggestion that there was seduction involved.

Ellen R. Cohn, the Editor in Chief of The Papers of Benjamin Franklin, told TIME in an email that the allusion “perpetuates a myth that serious historians have tried to kill for years, but it persists – probably because people enjoy thinking of Franklin this way.”

Cohn, who’s spent three decades looking at every document she could find about Franklin’s time in Paris, says she “can state with authority” that Franklin was no womanizer. Letters between John and Abigail Adams might have spread some rumors — they didn’t like the way he easily charmed his way into society, where he made close friends with several French women. Franklin was known to use playful “love letters” to practice his French with women and men alike, and all “joined in the fun of correcting Franklin’s poor grammar,” Cohn says.

But as far as historians know, Franklin never slept with his French friends.

That’s not to say that Franklin didn’t have a provocative side. He literally admitted that he was a “saucy and provoking” teenager in his autobiography, which is why Blaine McCormick, author of Ben Franklin: America’s Original Entrepreneur, argues that the profanity-laced song is something that the teenage Franklin would have “loved.” That side of his personality came out in the songs he wrote and dedicated to his wife Deborah, such as the 1742 ditty “I Sing My Plain Country Joan,” where he sings that “Her compassionate Breast, feels for all the Distrest, / Which draws down the Blessing from Heav’n.”

As to whether Franklin boasted of his achievements as openly as he boasted about his wife’s beauty, Cohn says while he certainly must have “felt like the smartest guy in the room,” he tried to be modest.

“[Miranda] portrays Franklin as supremely arrogant, which, I believe, has some basis,” she says. “Franklin was a master at conciliation, and learned early on to hide his own sense of self-worth. But in his autobiography, he admits that the one virtue he had trouble conquering was humility.”

Plus, Brands argues that Franklin — who had a lot of opinions about how he wanted future generations to talk about his achievements — would have appreciated a little bit of creative license being taken here.

“Lin-Manuel Miranda might be the greatest promoter of Ben Franklin since Franklin himself,” Brands says. “The most titillating stories about Franklin were his own creations.” 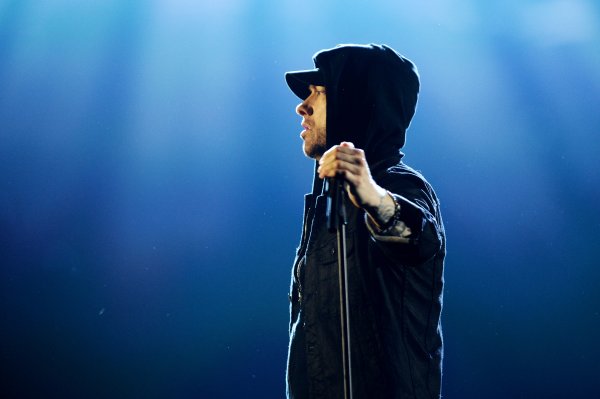