As good as devices like the Amazon Echo have become at relaying information verbally, there are still some tasks that are better accomplished using a touchscreen. That’s perhaps why Amazon in June released the $229.99 Echo Show, which includes a 7-inch touchscreen placed above a speaker. But the convenience of having a tablet-sized screen also introduced trade-offs — the Echo Show is bulkier, pricier, and generally less attractive compared to the $99.99 cylindrical Echo.

With the $129.99 Echo Spot, Amazon hopes to solve some of those issues. The Echo Spot, which ships on Dec. 19, can accomplish any task the Echo Show can, including using Alexa skills, answering questions, making audio and video calls, and controlling smart home devices.

After spending about a week with the Echo Spot, here’s how I felt about Amazon’s latest smart speaker.

Besides the touchscreen, the Amazon Echo Spot doesn’t resemble the Echo Show at all. While the Echo Show’s blocky design invites comparisons to the Chumby, the Echo Spot could easily be mistaken for a high-tech alarm clock.

With its tiny, round shape, the Echo Spot looks like something that actually belongs on your nightstand, and it doesn’t occupy nearly as much space as the cumbersome Show. To that end, the Spot comes with numerous analog and digital clock faces to choose from.

For a device of its size, the Echo Spot can pump out surprisingly loud music. It’s not quite as boisterous as the beefier Echo Show, but when played at full volume, it can easily fill a room.

That being said, the audio has a brassy, shallow sound when you crank the volume all the way up, so I wouldn’t advise using the Echo Spot as the primary speaker for a party. It works well for casual background music, although the Echo Show sounds a bit louder and clearer.

Given the Echo Spot’s round shape, I was concerned that video playback would seem awkward. To address this, Amazon has made it possible to zoom in on the Echo Spot’s screen — a feature that’s unique to the Spot and not available on the Show. This makes it so that the video occupies the entire circular screen, rather than appearing in a widescreen landscape mode. The Echo Spot is probably the last device in my home I’d choose for watching a movie or TV show, but the ability to zoom in improves the types of video experiences the Echo Spot is already well-suited for, like news clips or trailers.

Read more: I Spend a Week Comparing the iPhone X, Google Pixel 2, and Samsung Galaxy S8. Here’s What I Found.

Although the size of the Echo Spot makes it sleeker and more manageable than the Echo Show, the screen’s round shape can make certain tasks challenging. Finding a background photo that fit the screen’s tight dimensions, for example, was surprisingly difficult. And because the Spot’s screen is noticeably smaller than that of the Show, I had a harder time finding an angle that was easily visible from anywhere in the room.

I left my Echo Show in the exact same place for months without having to adjust its position, and I was still able to see the time, weather, and recent headlines at a glance whether I was in bed or across the room. That’s not so with the Echo Spot. I usually turn it to face me before I fall asleep, so I can roll over and see the time easily in the morning. But when I get out of bed, I turn it so that I can glance at it from several feet away while I go about my morning routine. I’d prefer if I didn’t have to think about adjusting it at all.

I loved using the Echo Spot to drop in on my fiancé in the kitchen. But when I did, I would sometimes have to spend a few seconds moving around to make sure I fit in the frame properly. This all depends on where you decide to place the Echo Spot. If you plan to leave it on a surface that’s closer to eye level, such as a tall dresser or a table or desk that you would normally be sitting at, then you likely won’t encounter this issue. But if you hope to keep it on a nightstand (like me) or a kitchen counter, you might find yourself crouching down to fit in the frame.

The Echo Spot is plenty capable of using its screen to play TV shows, news clips, and other video content. And most of the time, it will do so without a hitch. If you ask it for restaurant recommendations, for example, it will display a carousel of eateries to browse through, just like the Echo Show does. But when I tried to find recipes, Alexa originally answered the same way it would if the Spot didn’t have a screen: It provided a verbal recommendation, offered to rattle off more options, and asked if I wanted additional details sent to my phone rather than pulling up recipes on-screen like the Echo Show. Amazon has since fixed this issue on the Echo Spot and it now appears to be working normally, but this was initially disappointing considering how useful the Spot seems as a cooking companion. I also found that on a couple of occasions the Spot wouldn’t return to the home screen when I recited the “Alexa, go home,” command, which usually works instantly on my Show.

The Amazon Echo Spot feels to me like a high-end Echo Dot with a screen. Its display may not always feel as useful as the Show’s, but the convenience that comes with having a more compact device that functions more practically as a bedside clock can outweigh those drawbacks. The biggest advantage you’ll get from the Echo Spot is the ability to use it as a video-calling machine and home video intercom in a cheaper and more attractive form factor than the Show.

That being said, if you really only see yourself using the Echo for playing music, manipulating smart home devices, and answering simple questions, you probably don’t need a screen at all, and should just opt for the cheaper $99 second generation Echo.

[Note: As part of a holiday special, the Echo Show is currently priced at $149.99 and the standard Echo is $79.99. We refer to the official list price in this review.] 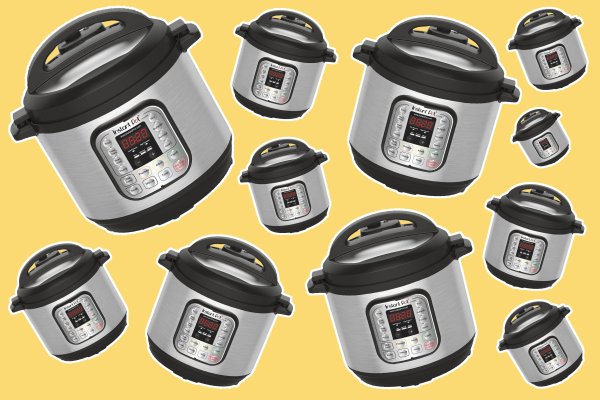