Matt Damon has drawn some criticism for saying the recent wave of sexual misconduct allegations don’t all cary the same weight.

“I think it’s wonderful that women are feeling empowered to tell their stories and it’s totally necessary,” Damon, 47, explained in a preview clip of an upcoming edition of ABC’s Popcorn with Peter Travers released Thursday. “I do believe there’s a spectrum of behavior… There’s a difference between patting someone on the butt and rape or child molestation, right? Both of those behaviors need to be confronted and eradicated without question, but they shouldn’t be conflated.”

In comparing allegations against Harvey Weinstein, Al Franken, Kevin Spacey, and Louis C.K., Damon singled out C.K. for the comedian’s remorseful response to the controversy.

“That’s the sign of somebody who — well, we can work with that,” Damon, a father of four daughters, said of C.K.. “Like, when I’m raising my kids, this constant personal responsibility is as important as anything else they learn before they go off in the world.”

“I don’t know Louis C.K.. I’ve never met him. I’m a fan of his, but I don’t imagine he’s going to do those things again,” Damon added. “You know what I mean? I imagine the price that he’s paid at this point is so beyond anything.”

Damon also noted the differences between Franken and Weinstein. Franken announced on Dec. 7 he’ll be resigning from his senate seat following allegations that began with a 2006 photo of the politician groping broadcaster Leeann Tweeden. Weinstein has been accused of sexual assault and rape by multiple women.

“When you see Al Franken taking a picture putting his hands on that woman’s flak jacket and mugging for the camera… that is just like a terrible joke, and it’s not funny. It’s wrong, and he shouldn’t have done that,” Damon said. “But when you talk about Harvey and what he’s accused of, there are no pictures of that. He knew he was up to no good. There’s no witnesses. There’s no pictures. There’s no braggadocio. That stuff happened secretly, because it was criminal and he knew it. So they don’t belong in the same category.”

“A lot of people said, ‘Well, Harvey — everybody knew’ … that’s not true,” Damon continued. “Everybody knew what kind of guy he was in the sense that if you took a meeting with him, you knew that he was tough and he was a bully, and that was his reputation. [But with regard to the rape allegations,] nobody who made movies for him knew … Any human being would have put a stop to that, no matter who he was.”

(In a statement to PEOPLE, Weinstein’s attorneys, Blair Berk and Benjamin Brafman, previously said: “Mr. Weinstein has never at any time committed an act of sexual assault, and it is wrong and irresponsible to conflate claims of impolitic behavior or consensual sexual contact later regretted, with an untrue claim of criminal conduct. There is a wide canyon between mere allegation and truth, and we are confident that any sober calculation of the facts will prove no legal wrongdoing occurred.”)

Damon also discussed Spacey, who was accused of sexual misconduct by multiple men beginning with Star Trek star Anthony Rapp, who claimed in a Buzzfeed News report that the 58-year-old Oscar winner made inappropriate sexual advances toward him at a private party in New York City in 1986 when Rapp was just 14. The Downsizing star praised director Ridley Scott’s decision to replace Spacey with Christopher Plummer in the upcoming film All the Money in the World.

“That was smart. That was a total business decision by Ridley,” Damon said. “I haven’t talked to him, but … it wasn’t a creative choice for Ridley. Ridley has a big movie coming out … and nobody right now is in the mood to see a Kevin Spacey movie … And I don’t disagree with his decision to do that. I mean, that movie, I think, will do much better without Kevin in it.”

(After Rapp’s allegations, Spacey issued a statement saying he didn’t remember Rapp’s alleged incident and apologized “for what would have been deeply inappropriate drunken behavior.” He also publicly came out as gay in the same statement, which was met with criticism from numerous celebrities).

“I start to think maybe most men are learning about sexual harassment & assault? Then I read an interview with Matt Damon and realize oh, how terribly naive. Of course not,” one critic said.

Although Damon acknowledged the differences between all the aforementioned men in his interview, he made it clear bad behavior shouldn’t go unaddressed.

“All of that behavior needs to be confronted, but there is a continuum,” the actor said. “And on this end of the continuum where you have rape and child molestation or whatever, you know, that’s prison. Right? And that’s what needs to happen. OK? And then we can talk about rehabilitation and everything else. That’s criminal behavior, and it needs to be dealt with that way. The other stuff is just kind of shameful and gross. … I just think that we have to kind of start delineating between what these behaviors are.”

He also praised the whistleblowers who have coming forward with their allegations.

“I think that it’s important, especially in that, you know, we believe every woman who’s coming forward with one of these stories needs to be listened to and heard,” Damon said. “I think one of the surprising things for me has been the extent to which my female friends, as, I think, of all the ones I’ve talked to in the last year since all this stuff started happening — I can’t think of any of them who don’t have a story at some point in their life. And most of them have more than one.” 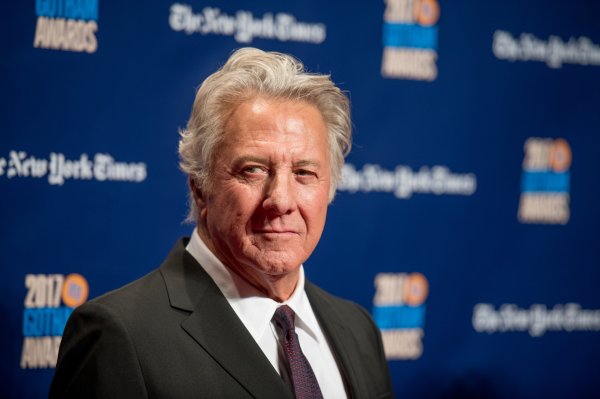