The report — released by Centre County District Attorney Stacy Parks Miller on Friday — condemned hazing within the Greek community at Penn State as “rampant and pervasive,” and accused Penn State of demonstrating apathy to drinking culture and turning a blind eye to problems within fraternities.

“If it takes eliminating these dens of depravity that won’t reform their ways, then do it,” Parks Miller said at a press conference. “No fraternity’s existence is worth more than the life of Tim Piazza.”

Piazza died in February following an alleged hazing ritual in which he was forced to drink a toxic amount of alcohol — at least 18 drinks in less than 90 minutes, according to surveillance video. He sustained traumatic injuries in a head-first fall down a set of stairs, and fraternity members waited hours before seeking medical help, prosecutors say.

The now-defunct Beta Theta Pi chapter and 26 fraternity members are facing charges in Piazza’s death, ranging from involuntary manslaughter and aggravated assault to furnishing alcohol to minors. Defense attorneys representing fraternity members have argued that Piazza’s death was a tragic accident and have fought for the dismissal of the most serious charges.

After Piazza’s death, Penn State permanently banned Beta Theta Pi and rolled out a set of new reforms, ending the system of Greek self-governance, imposing a zero-tolerance policy against chapters that participate in hazing and delaying the recruitment period until the second semester of freshman year for students.

But on Friday, Parks Miller argued those reforms did not go far enough. “It’s the same system,” she said. “It’s still broken. It’s not aggressive enough, and it won’t save lives.”

The grand jury recommended that Penn State establish a pledge’s bill of rights, create a hazing hotline and enforce a “mandatory and unequivocal” punishment of expulsion for any student found to have participated in hazing.

“Penn State strongly disagrees with many characterizations of the University and our record of action as presented by the District Attorney, but we remain deeply committed to turning the pain and anguish of this tragedy into reforms that continue to improve the safety and well-being of our students,” Penn State President Eric Barron said in a statement on Friday.

“There is no justice in a fine and maybe probation for the death of a 19 year old who will never graduate from college; never marry; never serve as his brother’s best man; never introduce his parents to their grandchildren,” the report said. “When young men recklessly leverage someone’s desire for friendship against him and direct him to guzzle enough alcohol to endanger his life so he can aspire to be ‘one of them,’ and it results in his death or seriously (sic) bodily injury, the crime they face in court should reflect the seriousness of the offense and not the lowest grade misdemeanor Pennsylvania has in its crimes code.”

In a formal response to the report, at attorney representing Penn State denied that the school was to blame for Piazza’s death, emphasizing that binge drinking and hazing are problems at many universities.

“It cannot be fairly stated that the cause of Timothy Piazza’s death was unique to Penn State’s ‘culture.’ There is neither a factual nor a legal basis for the critiques and allegations in the Report that the University is somehow responsible for this tragic loss,” the university said in its response.

“Alcohol abuse and hazing, the governance of private fraternities, and the relationship between law enforcement and the internal disciplinary process confront academic institutions across the country,” the response said. “The University is prepared to be a leader, but not a scapegoat.” 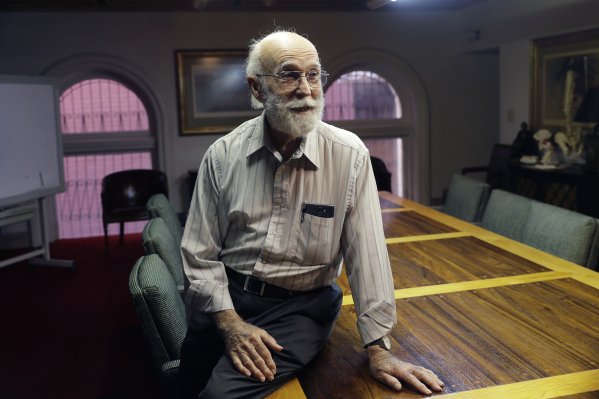 This Couple Lost 8 Family Members in the Texas Church Massacre. But They’re Still Finding Joy at Christmas
Next Up: Editor's Pick