We knew 2017 would be an eventful year for elections, but 2018 is shaping up to be almost as seismic. Here are five votes to keep tabs on in the coming year.

Donald Trump’s belligerent approach to Mexico has boosted leftist firebrand, former mayor of Mexico City, and twice-failed presidential candidate Andres Manuel Lopez Obrador (AMLO) into pole position for Mexico’s presidency. AMLO has solidified his place as front-runner by matching Trump’s bluster with a defiance that resonates with Mexican voters; the percentage of those with a favorable view of the U.S. has fallen from 66 percent in 2015 to just 30 percent today.

One of his main challengers will be former finance minister Jose Antonio Meade, a technocrat who has held more posts in Mexico’s cabinet than any other person in history. Here’s the twist: Meade doesn’t formally belong to a political party, despite being selected as the ruling PRI party’s candidate. Recent polls have AMLO winning 29 percent of the vote to Meade’s 23 percent. With reports that NAFTA renegotiation isn’t going well, an AMLO victory may well push Mexican politics in an unpredictable new direction.

63 percent of Brazilians say corruption is a “very big problem,” which is to be expected when one-third of the country’s cabinet members, senators, and state governors are currently under investigation. After Lava Jato (Car Wash)—Brazil’s largest-ever corruption investigation that has already brought down one president—Latin America’s largest economy wants something completely different.

That doesn’t bode well for former president Luiz Inácio Lula da Silva, who’s trying to stage a political comeback. And while Lula, who presided over Brazil’s economic surge in the early 2000s, is currently leading in the polls, he was also convicted on corruption charges in July. Unless that conviction is overturned, he’ll be ineligible to run. Even if he can run, it’s not clear he can draw enough votes from outside his core support base to win.

Other noteworthy candidates to keep tabs on include Jair Bolsonaro, a larger-than-life rightwing populist who has made law and order his trademark. Bolsonaro, who has praised Brazil’s past military junta, is hoping to earn support from the 55 percent of Brazilians who tell pollsters they’re OK with nondemocratic forms of government as long as they’re effective. Also in the running is Marina Silva, a former Environment Minister under Lula. Whether Lula ultimately runs, expect a volatile campaign, fluctuating polls, and plenty of protests.

European politics have never been more captivating, what with Brexit negotiations, Angela Merkel’s coalition challenges, and Emmanuel Macron’s bid to remake France and the entire E.U. But Italian elections next year stand out as the next chapter in the political saga of the one European country that’s both too big to fail and to save.

Nearly a decade after Europe’s financial crisis began, some countries are better off (Spain, Ireland) while others remain mired in misery (Greece). Italy, the Eurozone’s third-largest economy, falls somewhere in the middle; its continued stumbles (high unemployment, high government debt, a weak banking system, the migration crisis) provide more than enough fodder for the populist and Eurosceptic Five Star Movement (M5S) that has surged in polls.

A predominantly proportional electoral system, and M5S’s refusal (so far) to form coalitions with other parties means they’re unlikely to head the next government, even after a strong election performance. A resurgent right, led by re-energized former prime minister Silvio Berlusconi, has a real shot at achieving an absolute majority in parliament, but they still look likely to fall short of the target. That’s why Italy is probably looking at another weak coalition government. That’s nothing new for the Italians—they’ve had 66 governments since World War II.

Has Trump fundamentally altered the landscape of U.S. politics? The 2018 midterms—where all 435 seats in the House of Representatives and 34 of the Senate’s 100 seats will be contested—will be the first nationwide test. Plenty will point to Roy Moore’s loss in Alabama this week as a sign of things to come, but Moore was a historically flawed candidate that makes extrapolating from his case near-impossible.

It’s worth bearing in mind that parties in power rarely fare well in midterm elections (a president’s party loses an average of 25 seats in the House and 4 in the Senate in midterms), and so far there’s little to indicate that this president can buck that trend. Moore’s loss in Alabama also gives Democrats a narrow-but-real path to recapturing the Senate next year, when they will be defending 26 of those Senate seats. Whatever happens in 2018 will go a long way toward setting the stage for 2020—and what the composition of both parties look like going forward. For the moment, Trump continues to defy political gravity. It remains to be seen if his party can do the same.

Finally, we turn to an election that’s technically scheduled for 2019, but is likely to be called in 2018. President Recep Tayyip Erdogan—who has served three terms as prime minister—held a referendum in April to grant the presidency he now holds formal executive powers, cementing his hold on the country’s politics. But those sweeping new powers only come into effect after the next election. Erdogan will pull out all the stops to win; bad news for Turkey’s opposition, already targeted in Erdogan’s post-attempted coup crackdown. To date, more than 150,000 Turks have lost their jobs and 60,000 have been jailed.

Yet this is not a foregone conclusion. While Erdogan has plenty of tools he can use to swing the election in his favor, he’s also facing an angry and emboldened Turkish opposition. The early smart money is on Erdogan, but his victory is far from guaranteed. This is a vote that will matter far beyond Turkey’s borders. Erdogan is one of the world’s most volatile actors in one of the world’s most volatile regions. Depending on political developments next year, life in the Middle East can become even more unpredictable. 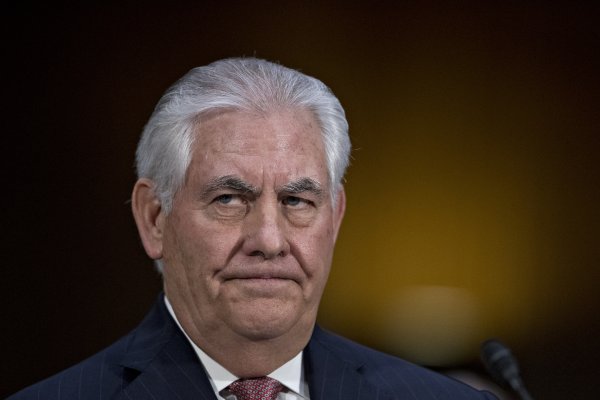 5 Places Where U.S. Diplomats Are Desperately Needed
Next Up: Editor's Pick