A Day Before Net Neutrality Repeal, AT&T Revealed a Plan to Send Internet Over Your Power Lines

A day before the Federal Communications Commission’s net neutrality vote, AT&T announced trials of its Project AirGig, a technology that aims to provide internet over power lines.

However, the announcement may have undercut FCC chairman Ajit Pait’s claim that rolling back the Internet regulations would encourage investment in internet technologies, since it has been in development for months, if not years. AirGig was first revealed in September 2016, before the presidential election and Pai’s nomination as FCC Chair.

Describing AirGig as a “first-of-its-kind system,” AT&T claims that the technology could one day deliver blazing-fast internet speed of more than 1 gigabit per second. The technology is currently in two trials — one with an electricity provider outside the U.S. that began this past fall, and another that recently began in rural Georgia. If successful, AirGig could improve broadband speed for people across rural America, where cable companies and fiber-optic networks haven’t yet reached.

In the wake of Thursday’s FCC vote, the question of how much will internet services will cost without net neutrality is weighing heavily on households’ minds, and AT&T has not yet mentioned anything about AirGig’s pricing.

Instead, the company is highlighting the technical details. Rather than sending data through the power lines, AirGig uses low-cost plastic antenna attached to the power lines to relay data to homes from the web. That means it can attach to existing infrastructure, wherever electricity is already flowing.

Will it work? Perhaps. With 5G wireless data slowly plodding to market, AT&T may be hedging its bets in order to assure the success of its DirecTV investment and plans for future video-streaming dominance with DirecTV Now. There is also the matter of AT&T’s merger with Time Warner, which the U.S. Department of Justice has sued to block.

Then again, there’s a lot of schemes to wrestle the crown of high-speed internet from cable companies, including Google Fiber (which has paused its rollout), Facebook’s internet drones, and SpaceX’s internet satellites. In other words: Don’t sign any long-term internet contracts. 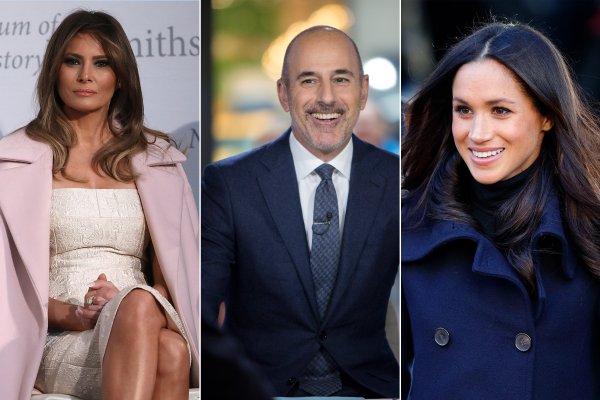 Here Are the Top 10 Most Googled People of 2017
Next Up: Editor's Pick