Why It's So Hard to Cure Your Hangover, According to Experts

Ask 10 people how they cure a hangover, and you’ll likely get 10 different answers.

Some go for greasy food and hair of the dog; others swig Pedialyte or Gatorade; and a motivated few hit the gym to sweat it out. But do any of these hangover remedies actually work?

Probably not, says Dr. Ed Boyer, a medical toxicologist at Boston’s Brigham and Women’s Hospital. “I don’t think anybody can really tell you with a great degree of honesty what causes a hangover,” he says, adding that theories run the gamut from dehydration to electrolyte imbalance to a buildup of alcohol byproducts. “The bottom line is nobody knows for sure what causes it, so we don’t have a good cure.”

“Nothing treats the entire hangover,” agrees Dr. David Aizenberg, an associate professor of clinical medicine at Penn Medicine. Hangovers affect nearly every organ system in your body, from your gastrointestinal tract to your brain to your heart. So there’s no “magic cure where one remedy will get rid of every single hangover symptom,” Aizenberg says. (Except, of course, drinking in moderation to avoid a hangover in the first place.)

That said, Aizenberg says certain remedies may improve certain symptoms. Here are the hangover cures that might have you feeling better, and the ones that are just myths.

Hydration can reduce dehydration and the resulting headaches and dizziness, Aizenberg says, but doctors aren’t sure whether chugging water before bed will make any difference in the morning.

That’s because heavy drinking throws off the body’s levels of antidiuretic hormone, which typically regulates your water balance.

“That’s why a lot of people pee a lot when they’re drinking, because that regulatory system is going haywire,” Aizenberg explains. “It’s unclear whether [having water] after drinking, before drinking or when people have a hangover” is the best strategy, he says.

Pedialyte has a cult following for its alleged hangover-busting abilities, and while it may reduce symptoms such as nausea, vomiting and dehydration, Aizenberg says it’s not any different from other electrolyte-rich beverages, which help the body recoup lost nutrients such as calcium, potassium and sodium.

“There’s no magic about Pedialyte. It’s just all the electrolytes that potentially were lost during and after the drinking period,” Aizenberg says.

Gatorade, which also contains electrolytes, likely does the same thing, though Aizenberg recommends watering it down since it’s high in sugar.

Exercise may make you feel better, Boyer says, simply “because you’re out doing something.”

While that may be true, Aizenberg urges drinkers to remember that coordination, higher-level thinking and other key processes are thrown off by a hangover — so use caution if you decide to exercise, or complete other physically or mentally taxing tasks, the day after a bender.

Hair of the dog

If a Bloody Mary at brunch has you feeling better, Aizenberg says that may be a red flag.

“We consider that a sign of addiction,” he says. “Some people say it does make them feel better, but if that’s the case, there could be a little bit of actual alcohol withdrawal going on.”

Greasy food won’t “soak up” alcohol, Aizenberg says, but it might help you feel better.

“By the time people are eating their greasy foods, none of the actual alcohol is left in the body; it’s all of the byproducts that are in the blood,” he says. Still, Aizenberg says getting something in your stomach may ease nausea and vomiting.

But healthy food, he notes, would work just as well, and quite possibly even better. “If the stomach is irritated, eating more bland foods that aren’t going to cause a lot of acid reflux would actually be better,” Aizenberg says.

A number of startups now offer on-demand IV services that promise to bust hangover symptoms ranging from headaches to upset stomaches. But Aizenberg says to think twice before forking over the cash for your own personal fluid drip.

“I have no idea if it makes people feel better faster,” Aizenberg says. “It’s not all that comfortable to have an IV. It can bruise you up and you’re paying all that money. There’s also an IV fluid shortage because of the hurricanes, so these are precious resources I would hate to waste on that type of thing.”

Some people swear they can prevent headaches by popping a few Advil before they drift off to sleep — but since ibuprofen only lasts four to six hours, Aizenberg says its painkilling effects likely won’t last until you wake up. Plus, the pills can make acid reflux worse, he says.

Recent research has shown that red ginseng, a root native to Korea, can clear alcohol byproducts from the blood, though Aizenberg says it’s less clear exactly what that means for your hangover symptoms.

Prevention, by way of drinking responsibly, is the only way to truly “treat” a hangover. While some strategies may help with isolated symptoms including nausea, vomiting and headaches, a breakfast sandwich or bottle of Gatorade isn’t going to wipe out a hangover entirely — and you may have the placebo effect to thank for any relief you do feel, Boyer says. As long as your preferred concoction is safe, though, that’s likely not a problem. 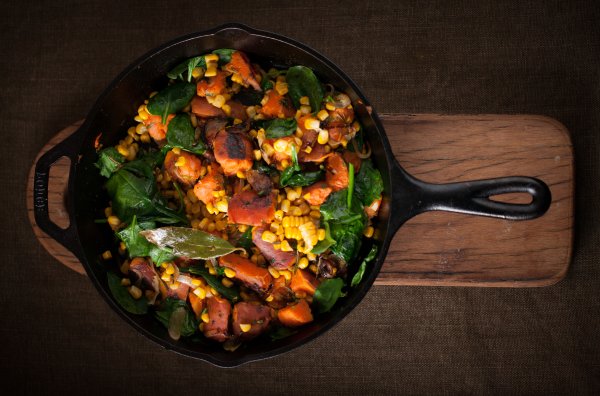