The 2018 Winter Olympics in Pyeongchang, South Korea, are facing a hurdle before the games begin on Feb. 9: lackluster ticket sales.

Headlines across a variety of news outlets have noted the weak sales throughout the fall as South Korea’s Olympic organizing committee struggled to attract buyers — particularly locally. As of Dec. 10, the Olympic committee had sold 586,400 tickets, or 55% of their sales target. That’s an increase from Nov. 1, when the committee had sold just 31%, but still falls far short of the goal.

South Korea had hoped the Olympics would bring economic growth and an influx of foreign visitors who would cement its status as “the new hub for winter sports in Asia,” according to Pyeongchang 2018 Organizing Committee president Lee Hee-beom.

But military tension with North Korea, just 60 miles from Pyeongchang, has likely contributed to low ticket sales, as Americans and other concerned foreigners worry about their safety. Some foreign leaders have also expressed concern over safety at the games, including France’s sports minister, who said in September the nation would skip the Olympics if security “cannot be assured.” Recent corporate and political scandals in South Korea dampened local interest in the Olympics, as businesses that would ordinarily buy large ticket packages initially held off, and it’s been difficult to convince even those who live not far from Pyeongchang that it’s worth the trip.

“I think people are too fearful about North Korea, but to be honest it’s not a great tourist destination to begin with,” Brian Peters, CEO of Bucket List Events, a sports-focused travel agency, told the Los Angeles Business Journal.

Olympic organizing committee officials are counting on ticket sales picking up as the games draw nearer. Tickets have already been selling at a faster rate since the Olympic torch arrived in South Korea, Christophe Dubi, executive director of The Olympic Games at the International Olympic Committee, said at a press conference earlier this month. Officials have recently seen increased interest from schools and businesses, and several partnerships are expected to boost those sales further. Late last month, a conglomerate of business associations called the Korean Employee Federation agreed to support the upcoming games through sponsoring events and purchasing ticket packages for their employees, according to South Korean news agency Yonhap. The country’s Ministry of Education agreed to buy tickets for school groups as part of a regular field trip program, a result of a partnership established last year, a representative from organizing committee told TIME.

Even if the Olympic committee manages to sell all the tickets, that doesn’t necessarily translate to full stadiums at game time, said James Reese, a ticketing expert and an associate professor and program director of sports management at the American Public University System. “The organizing committee still has to get the people who receive the tickets to show up at the events,” he said. “That way the stands won’t look empty for the televisions broadcasts. This can sometimes be a challenge.”

Empty seats were the subject of scrutiny at the 2016 Summer Olympics in Rio de Janeiro, where even Olympic greats like Usain Bolt saw low turnout for their events, according to the Wall Street Journal. Olympic officials said they had sold 87% of their tickets, but it appeared that many ticket-holders decided to stay home due to long lines and traffic.

The one upside of the slow ticket sales is that it’s not too late to decide on a last-minute trip to Pyeongchang. Americans can still purchase tickets through Jet Set Sports and CoSport, which have not said how many tickets remain. To entice visitors, the International Olympic Committee is offering a “New Horizons” ticket package costing up to more than $5,100 for the Opening Ceremony, which includes two premium tickets — “even to high-demand events” — and access to an exclusive lounge within the Gangneung Olympic park. And Seoulian, a Korea-based organization aiming to promote commerce and cross-cultural learning, is offering free tickets and accommodations to 500 international visitors who share social media images of them showing pride in their country, Forbes reported. As Mark Balneger, the group’s head of marketing, told the news outlet, “We want to show foreigners a good time.” 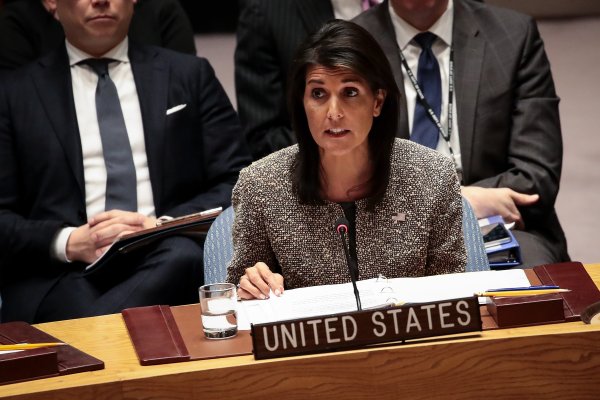