Democrats Want Doug Jones in the Senate Now. Here's Why That's Not Going to Happen

Democrats won big with Doug Jones’ victory in Alabama Tuesday. Now, they are fighting to have him seated as soon as possible.

The push to swear in Jones quickly comes as Democrats aim to derail the Republican tax overhaul currently in its final stages before a vote on Capitol Hill. The Republican majority in the Senate will slim to 51-49 when Jones takes office slimming the wiggle room Republicans have for defections.

Democrats say recent history is on their side. In 2010, Republican Scott Brown won a special election for a Senate seat in the Democratic stronghold of Massachusetts. Then-Senate Majority Leader Harry Reid, with the support of President Obama and other Democratic senators, delayed a vote on the Affordable Care Act until Brown took office.

But Republicans have no plans to delay their tax overhaul, a top legislative priority in a year few accomplishments to their names. That gives them until the end of the month, maybe even longer, to get a tax proposal to President Trump. Alabama Secretary of State John Merrill told TIME that under state law the election results will be certified between Dec. 26 and Jan. 3. And Senate Majority Leader Mitch McConnell has said that Luther Strange, who Jones is replacing, will remain in office until the end of the current legislative session. 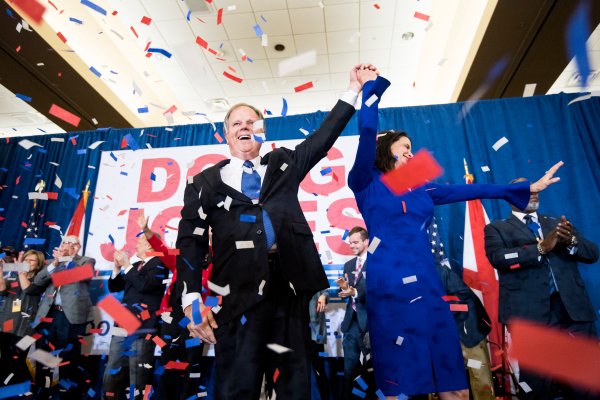 How Doug Jones Beat Roy Moore and Shocked the World
Next Up: Editor's Pick