In the wake of reports that Omarosa Manigault Newman had to be physically removed from the White House after meeting with Chief of Staff John Kelly on Wednesday, Stephen Colbert lamented the fact that President Donald Trump supposedly wasn’t the one to fire her.

During Wednesday’s episode of The Late Show, Colbert discussed how press secretary Sarah Sanders’ statement that the former Apprentice contestant — who acted as director of communications for the White House Office of Public Liaison — resigned “to pursue other opportunities” contradicts reporter April Ryan’s description of the circumstances surrounding Manigault Newman’s termination.

“Folks, I gotta say, I am livid about this,” Colbert said. “Not because Omarosa should be anywhere near the White House, she should not. But because Donald Trump let General Kelly do the firing. What the hell? Firing Omarosa is literally the only job Donald Trump is qualified for.”

Manigault Newman has also denied reports that she was fired from her job in the White House and escorted off the premises. “I resigned, and I didn’t do that in the residences as is being reported,” she said during a Thursday appearance on Good Morning America. 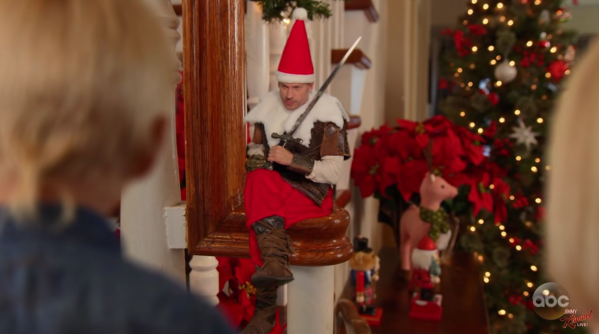 Here's the 'Game of Thrones' Version of an Elf on a Shelf
Next Up: Editor's Pick