Those who want to watch the net neutrality vote live can visit the FCC’s live stream, which can be accessed here.

The commission is scheduled to vote on FCC Commissioner Ajit Pai’s much-debated proposal to reclassify internet providers from utilities to information companies, which would repeal net neutrality and permit internet providers to legally control the speed of content running through their networks — a practice that became prohibited during the Obama-era.

Pai, who was appointed to his post by President Donald Trump, has long been outspoken on his disagreement with the principles of net neutrality. He is leading a 3-2 Republican majority commission, among which are a number of commissioners likely to vote against net neutrality, including Michael O’Rielly and Brendan Carr, who was nominated by Trump in August.

If the net neutrality vote goes along party lines, a rule change will pass. This could lead to lawsuits by groups hoping to uphold net neutrality, including Common Cause, Free Press, the Internet Association, and Public Knowledge, who, according to Reuters, have lawyers at the ready.

During the two-hour meeting, which will finish at 2.30 p.m. E.T., the FCC will also be discussing six other topics, including amending the Commission’s Emergency Alert System (EAS) rules and considering a consider a notice that would strengthen the Rural Health Care Program and improve access to telehealth in rural America. The full meeting schedule can be found here. 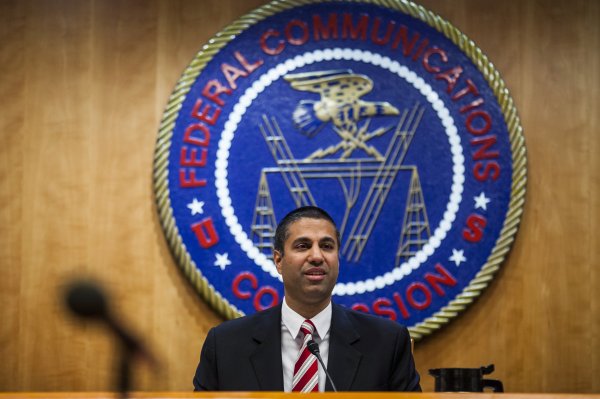 Tech Startups Are Suing the FCC to Save Net Neutrality
Next Up: Editor's Pick