Omarosa Manigault Newman is denying reports that she was fired from her job in the White House and escorted off the premises.

The former Apprentice star, one of the highest-ranking African-American officials in the Trump Administration, insisted in an interview on Good Morning America Thursday that she resigned in protest after meeting with Chief of Staff John Kelly.

She also said reports that she tried to enter President Donald Trump’s residence in the White House are not true.

“I resigned, and I didn’t do that in the residences as is being reported,” Manigault Newman, the director of communications for the White House Office of Public Liaison, told GMA’s Michael Strahan.

Manigault Newman, a TV personality who is known as simply “Omarosa,” developed a relationship with Trump after becoming the breakout star of the first season of The Apprentice in 2004.

Manigault Newman said she sat down with Kelly in the situation room to discuss “concerns I had, issues I had, and as a result, I resigned.” Her resignation is effective Jan. 20.

She added that claims she was fired or escorted out are “ridiculous” and “absurd.”

“And it should be done in that way. As people’s roles change, their access has to change,” Manigault Newman said.

Manigault Newman would not elaborate on concerns she had with the administration because she still had another month in her position.

She added that she may eventually tell her “profound” story after her job with the White House is finished.

“I have seen things that have made me uncomfortable, that have upset me, that have affected me deeply and emotionally, that has affected my community and my people,” she said.

The advisor to the president also addressed reports that she feuded with Kelly and had unlimited access to the Oval Office.

“First of all, he brought order, much-needed order to the West Wing,” Manigaut Newman said of Kelly. She noted that while she more access than most people, she came into the Oval Office only when the president asked her to. 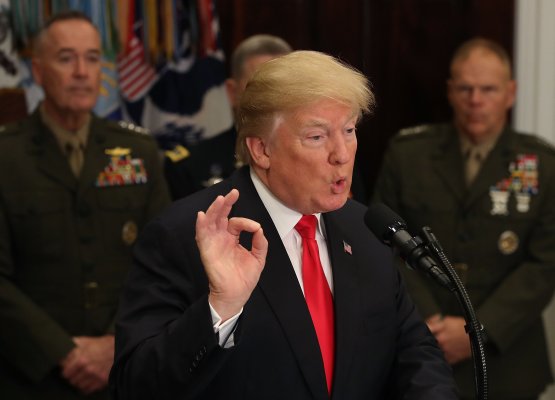 Trump Is About to Speak for the First Time Since Roy Moore Lost in Alabama. Watch It Live
Next Up: Editor's Pick