John McCain Has Been Hospitalized Due to Cancer Therapy Side Effects

Sen. John McCain has been hospitalized to treat side effects related to his cancer therapy.

The Arizona senator, 81, is currently receiving treatment at Walter Reed Medical Center in Bethesda, Maryland, for “normal side effects of his ongoing cancer therapy,” according to a statement released by his office on Wednesday.

“As ever, he remains grateful to his physicians for their excellent care, and his friends and supporters for their encouragement and good wishes. Senator McCain looks forward to returning to work as soon as possible,” the statement read.

In July, McCain, who has served Arizona in Congress since 1982, announced he was diagnosed with stage 4 glioblastoma, days after he underwent a craniotomy to remove a blood clot above his eye.

Since his diagnosis in the summer, McCain completed his first round of chemotherapy treatment.

News of McCain’s hospitalization came the same day his daughter Meghan McCain became emotional while discussing his illness on her show, The View, with former Vice President Joe Biden, whose son Beau died of glioblastoma.

Biden switched seats to comfort Meghan, reminding her to stay hopeful as there are medical breakthroughs all the time.

“And it can happen tomorrow,” said Biden, who added, “there is hope, and if anybody can make it, your dad… her dad is one of my best friends… The thing that I found, and Beau insisted on, and your dad’s going to insist on, is you’ve got to maintain hope. You have to have hope.”

After being diagnosed in July, McCain told PEOPLE that his daughter marrying Ben Domenech on Nov. 21 at the family’s ranch in Cornville, Arizona, was a dream come true. In the wake of the diagnosis, Meghan, 33, and Domenech, 35, made the decision to get engaged and quickly plan a wedding.

Though McCain said his cancer treatment “is still a fight,” he feels at peace.

“I have been so fortunate to have the life that I have had, full of time and adventure and excitement,” said the Senator, who will continue his work in Washington, D.C., and forge ahead with a planned 2018 memoir.

“I’ve been a small bit of American history, so I think if there’s something on my tombstone, it’ll be ‘He served his country,’ and hopefully you add one word, ‘honorably,’ ” he said. “I’ve made a lot of mistakes. I’ve lost races. I’ve caved into what seems to be the easy way out and wasn’t. There’s nothing to be sorry for. I have nothing but gratitude for a life fully lived, and you can’t ask for anything more than that. And you can’t deny that I am the luckiest person that you will ever talk to.”

McCain is a three-time survivor of melanoma, an aggressive skin cancer that can spread to the brain and cause bleeding. He was diagnosed with invasive melanoma in 2000, and has been regularly screened by his doctors. McCain previously had two other malignant melanomas removed: on his left shoulder in 1993 and his left nasal wall in 2002. All were declared Stage 0.

The Senate is expected to vote early next week on a sweeping tax-reform bill. 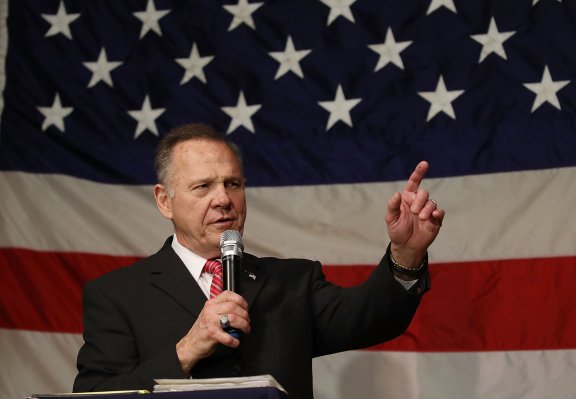