Doug Jones’s historic victory has shocked the political world. He is the first Democrat to represent Alabama in the U.S. Senate since Howell Heflin in 1997. Most pundits and civilians believed that Roy Moore, despite credible accusations that he had preyed on teenage girls and a well documented history of bigotry, would win. After all, the deep-red state of Alabama is about as conservative as you can get. And President Trump and Steve Bannon, as well as other GOP leaders, enthusiastically endorsed Moore. In spite of it all, Doug Jones won and his election is just the latest example of the seismic upheavals in America’s political landscape.

But it is important to note, amid the justifiable celebration, that Jones barely won. Despite Roy Moore’s disastrous candidacy — his disastrous personality — nearly 650,000 people voted for him. Preliminary exit poll data shows that 91% of Republicans voted for Moore. 72% of white men and 63% of white women cast their ballots for him. Among those, 62% of college-educated white men and 52% of college-educated white women voted for a man accused of sexual predation of young girls, who believes the last time America was great was during slavery, who believes that women shouldn’t have the right to vote. Emphasis mine. And even though Doug Jones won the popular vote, he only won — thanks to gerrymandering — one congressional district in the entire state.

Think about all that: it took an unprecedented convergence of factors for a sexual predator and bigot to lose a U.S. Senate election in Alabama in 2017. That fact says as much about where we are in this country as any other in this crazy political season. No matter what Republicans say, a particularly strong variant of America’s historic madness has taken hold of their party. It is a racist, right-wing type of populism desperately clinging to the illusion that ours is, and will remain, a white nation. Those who suffer from this madness will do anything, even toss democratic principles into the trash bin or vote for a moral degenerate like Roy Moore, to safeguard their illusion.

Moore’s loss does not represent the end of anything. It is just the beginning of an ugly intensification of the culture wars.

The good news is that Jones won. 60% of young voters between 18-29 voted for him. And, of course, Black voter turnout, especially among black women, played a decisive role in his victory. Everyone knew going into the election that, if Jones were to have a chance, black voter turnout had to reach the levels of 2008 and 2012 when Obama was on the ballot. Most did not believe that possible. And in the closing days of the campaign, pundits and political operatives publicly worried that black voters would not show up at the polls on election day. I even tweeted that perhaps black voters had “reached a tipping point with the bad faith of both political parties with regards to race matters.”

Grassroots organizers and organizations knew better. Black voters made up 29% of the vote in the election (surpassing all expectations). 93% of black men and 98% of black women voted for Jones.

Pastor Kenneth Glasgow, director of The Ordinary Peoples Society (TOPS), has been working tirelessly to ensure that people with felony convictions in the state of Alabama could vote. His organization helped register 5,000 people in 22 jails and 10 prisons, and organized vans and cars to get out the vote. TOPS joined with Project South and other groups in organizing and mobilizing constituencies on the ground. The state NAACP orchestrated a massive voter turnout and information campaign. In Mobile, for example, the local chapter used analytics about past election activity to guide and shape outreach to churches. The monies raised to help in this effort did not come from only SuperPACs and the Democratic National Committee. Grassroots fundraising across a variety of platforms helped make Jones’s victory possible.

This kind of organizing was not motivated simply by its opposition to Roy Moore. Ordinary people joined together, across their differences, to reject cruelty and callousness, and to insist on a substantive agenda to address the lives of vulnerable people in this country. They revealed that genuine change in Alabama will require long-term investment in local efforts, the cultivation of local leaders and, as Project South brilliantly states, an understanding that “the ground is our power.” Elections are only one moment in the daily effort to transform the circumstances of our communities.

Finally, black voters in Alabama saw their power and exercised it. In doing so, they served notice to the Democratic Party. Democrats cannot win without black voters and they must not take our votes for granted. The days of symbolic talk and empty gestures are over. Deliver or pay the price. The national leadership of the Democratic Party must understand this or risk continued defeat.

In the end, not much can be generalized from Jones’s victory. Roy Moore was a horrible candidate, and he almost won. Alabama remains a deep-red state. And Doug Jones will have to decide what he wants to achieve in the short time he will have in Washington, D.C. But there is one lesson we can all take from the bottom-up organizing in Alabama. Democracy is a fragile thing. In moments of crisis, it requires of us diligence, attentiveness, and a willingness to get close to the ground. In such moments, as it has always been, “every generation must accomplish democracy over again for itself.” 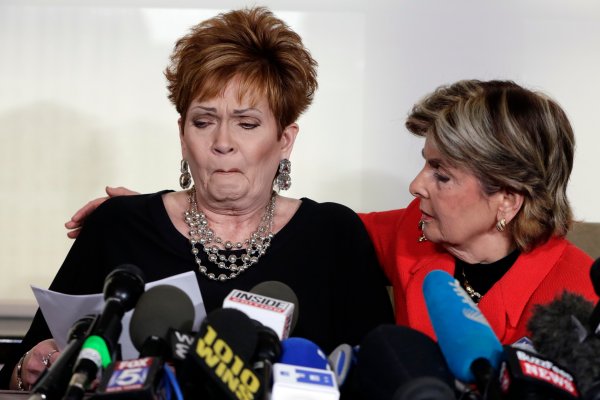