Babies born to mothers who lived near fracking wells during pregnancy are more likely to experience negative health effects than babies born elsewhere, according to new research.

Researchers behind the study, published in the journal Science Advances, found that living within 1 km (0.6 miles) of a fracking well during pregnancy increased odds of low birth weight by 25%. Low birth rates are associated with a slew of different health effects later in life, including various illnesses and developmental problems. The effect was lower but still significant in babies whose mother lived between 1 and 3 km (1.9 miles) from a well during pregnancy, according to the study. Researchers found little effect beyond 3 km.

Fracking, which is short for hydraulic fracturing, has transformed the U.S. energy system in recent years by opening vast reserves of oil and natural gas once thought to be unreachable or too costly to exploit. That change has helped keep energy prices low and pushed coal, which is among the dirtiest fuels, out of top slot for energy in the U.S.

But lingering concerns about the health risks posed by fracking, as well as worries about natural gas’s contributions to climate change, have prompted widespread opposition from lawmakers and activists alike. New York, Maryland and Vermont have all banned the extraction process.

“Hydraulic fracturing has brought a series of benefits to the United States,” says Michael Greenstone, director of the Energy Policy Institute at the University of Chicago, in a video accompanying the study. “Ultimately whether or not we as a society will have access to those benefits in the long run is going to rest on those local communities… judging whether the local benefits exceed the local costs.”

The authors of the new study relied on data from more than 1.1 million births between 2004 and 2013 in Pennsylvania, where fracking wells pepper the state. When applied to the entire country, the findings suggest that annually some 29,000 newborns could be affected.

Research into the effects of fracking on human health remains in early stages, but public health experts say fracking can damage health in a variety of ways. Chemicals used in the fracking process may seep through rocks into underground drinking water, according to a report from the National Institutes of Health. Fracking can also diminish local air quality as the process releases a slew of toxic chemicals into the air. 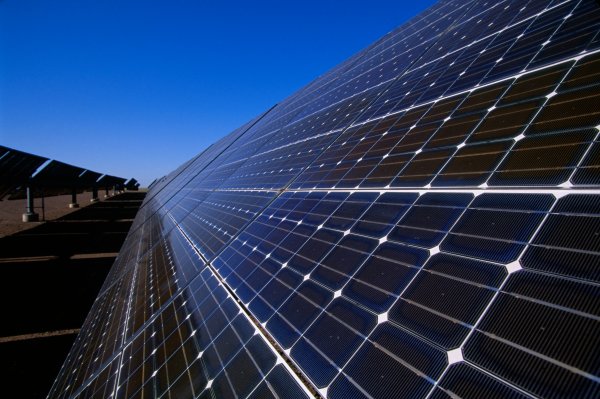 Solar and Wind Power Face Serious Threats From the Trump Administration
Next Up: Editor's Pick