'It's Not Over.' Roy Moore Won't Concede the Alabama Senate Race to Doug Jones

While Doug Jones’ supporters were reveling in the fact that their candidate had become the first Democrat to represent Alabama in the Senate in 25 years, his Republican opponent, Roy Moore, refused to concede the race.

“Realize when the vote is this close, it’s not over,” Moore said onstage Tuesday night at what was supposed to be his victory party. “And we still got to go by rules about this recount provision.” At that point, the Associated Press and several other news organizations had already projected Jones as the winner.

“The votes are still coming in, and we’re looking at that,” Moore continued, after saying he had been painted in an “unfavorable and unfaithful light.”

“May God bless you as you go on, give you safe journey, and thank you for coming tonight. It’s not over and it’s going to take some time.”

As of 11:59 p.m. eastern, Jones was ahead of Moore by 20,715 votes — or about 1.5 percentage points, according to data from the New York Times. Per Alabama law, a recount is only mandated when a candidate’s victory is half a percentage point or less.

The law also says that “any person with standing to contest the election” can petition for a recount if they are willing to bear the costs. “The time period for requesting a recount begins with the production of the certificate of result and ends 48 hours after the official canvass of county returns,” the law reads.

Alabama Republican Party Chairman Terry Lathan made no mention of a recount in her statement following the election instead highlighting her respect in the voting process, and referencing the fact that the race was over.

The election results are expected to be certified between Dec. 26 and Jan. 3, Alabama Secretary of State John Merrill told TIME on Monday. Speaking on CNN Tuesday night, Merrill said it was “highly unlikely” a recount would result in a different outcome.

“One of the things that is obviously recognized by using the equipment we use in the elections process is that there’s not a whole lot of mistakes that are made,” Merrill told CNN. 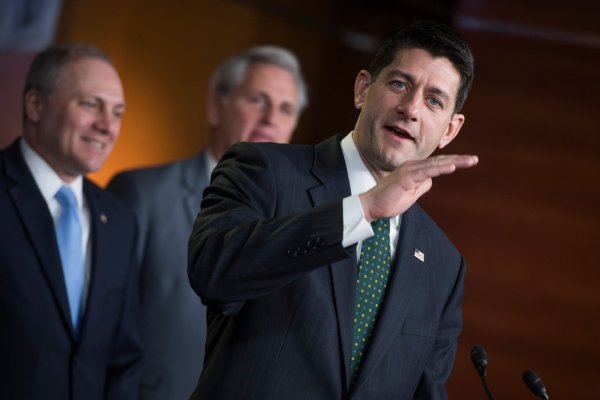 GOP Rushes Toward Tax Deal
Next Up: Editor's Pick