President Trump Blamed Write-In Votes for Roy Moore's Loss. How Likely Is That?

After Doug Jones was projected as the winner of the Alabama Senate race, President Trump offered his congratulations — with one key caveat.

In a tweet congratulating the Democratic senator-elect Tuesday night, Trump argued that “the write-in votes played a very big factor” in the results.

From a strictly numerical perspective, Trump has a point that people who voted for a write-in candidate could have swayed the outcome.

As of 11:59 p.m. Eastern, Jones was ahead of Trump-backed Republican candidate Roy Moore by 20,715 votes — or about 1.5 percentage points, according to data from the New York Times. By comparison, there were 22,819 write-in votes, which comprised 1.7 percentage points.

But for that to have made a difference, nearly all of the people who voted for a write-in candidate would have had to vote for Moore instead, which is unlikely.

Furthermore, the fact that the race was that close in the first place was an anomaly in deeply conservative Alabama, which voted overwhelmingly for Trump in the 2016 election, 62.1 percent to Hilary Clinton’s 34.4 percent and had not elected a Democratic Senator in over two decades.

Finally, the write-in campaigns in the race were not as substantial as in some other Senate elections. Lee Busby, a retired Marine colonel, mounted a last-minute campaign, but he was hardly a major figure in the state. Alabama Sen. Richard Shelby also said on Sunday that he would vote for a write-in candidate. In Alabama, voters have to physically write in the candidate’s name, which adds yet another hurdle to an already steep climb. 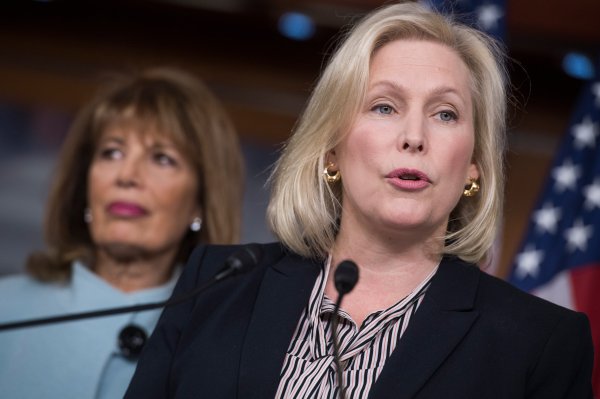 President Trump Criticized Kirsten Gillibrand. It Ended Up Helping Her
Next Up: Editor's Pick