People Who Live to 100 Have These Traits in Common

If you’re looking to live to 100, you may want to watch more than your diet. A study of people in remote Italian villages who lived past 90 found that they tended to have certain psychological traits in common, including stubbornness and resilience.

The study, published in International Psychogeriatrics, analyzed the mental and physical health of 29 elderly villagers, ages 90 to 101, from Italy’s Cilento region — an area known for the prevalence of people older than 90. The participants filled out standardized questionnaires and also participated in interviews on topics such as migration, traumatic events and beliefs. Younger family members were also asked their impressions of their older relatives’ personality traits.

The younger adults tended to describe their older relatives as controlling, domineering and stubborn. But the 90- and 100-somethings also displayed qualities of resilience and adaptability to change, the authors wrote. One respondent who recently lost his wife told interviewers, “Thanks to my sons, I am now recovering and feeling much better … I have fought all my life and I am always ready for changes. I think changes bring life and give chances to grow.”

The research demonstrates how adults who live to 90 or 100 have learned to balance these somewhat contradictory traits, says Dr. Dilip Jeste, senior associate dean for the Center of Healthy Aging at the UC San Diego School of Medicine and senior author on the study. “These people have been through depressions, they’ve been through migrations, they’ve lost loved ones,” he says. “In order to flourish, they have to be able to accept and recover from the things they can’t change, but also fight for the things they can.”

The oldest adults had other qualities in common as well, including positivity, a strong work ethic and close bonds with family, religion and the countryside. Most of the older adults in the study were still active, working regularly in their homes and on their land. This gave them a purpose in life, wrote the study authors, even after they reached old age.

The researchers also compared the health of these older residents with 59 of their younger family members, ages 51 to 75. Not surprisingly, the oldest adults had worse physical health than their younger counterparts. But they had better mental well-being, and scored higher on measures of self-confidence and decision-making skills.

Jeste calls this the paradox of aging: Even as physical health deteriorated, mental health quality, at least for the people in the study, remained high. (Volunteers for the study had to sign a consent form and participate in an hour-long interview, he says, which would have ruled out anyone with significant dementia or age-related cognitive decline.) “Things like happiness and satisfaction with life went up, and levels of depression and stress went down,” Jeste says. “It’s the opposite of what we might expect when we think about aging, but it shows that getting older is not all gloom and doom.”

There have been plenty of studies on populations known for their longevity, many from areas called the Blue Zones — in Italy, Greece, Japan, Costa Rica and California — where people, on average, live much longer than normal. But most research has focused on these groups’ genetics, diet and physical health, says Jeste, rather than their mental health or personalities.

Studying adults who live long and healthy lives can help enhance scientists’ understanding of the aging process, says Jeste, and help them determine how age-related health issues can potentially be mitigated or avoided. It can also give adults of any age — anywhere in the world — more insight into what traits may help extend their own lives.

“There is no one way to get to 90 or 100, and I don’t think it requires a radical change in personality,” Jeste says. “But this shows that there are certain attributes that are very important, including resilience, strong social support and engagement, and having confidence in yourself.”

Next, the researchers plan to compare specific biological associations, like insulin resistance and biomarkers for inflammation and oxidative stress, with the participants’ physical and psychological health. “There’s no single factor that contributes to longevity,” Jeste says, “and we want to know how the different aspects of lifestyle — like personality, diet and daily activities — influence each other and affect overall health.” 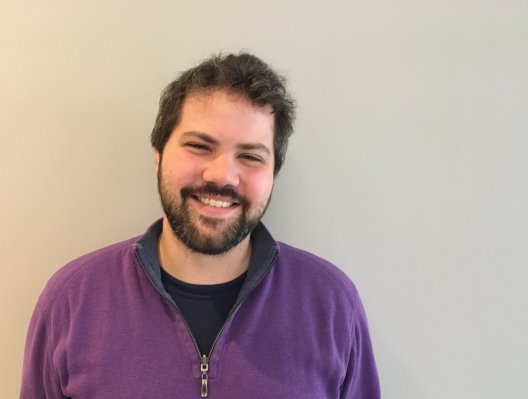 The Downside of Having an Almost Perfect Memory
Next Up: Editor's Pick