No One Knows Who Will Win Alabama's Senate Election

Facing a special election in Alabama that has been among the most bizarre in recent memory, everyone from pundits to pollsters has thrown up their hands about who will win.

Some polls have showed Democrat Doug Jones with a clear advantage over embattled Republican Roy Moore, who has been accused by 9 women of sexual misconduct in the past month. But other polls showed Moore ahead.

Election analysts such as Stuart Rothenberg to Charlie Cook have rated the race a true tossup that could go either way, while several pollsters have released multiple projections based on different models of which voters will turn out.

Chris Jackson, who works for Ipsos Public Affairs, which conducts polling, explained on Twitter that Jones could win by 4 points if turnout looked like the 2008 presidential election, when Democrats took control of the White House and both chambers of Congress, but Moore could win if turnout looked like the 2010 midterms, when Republican regained control of the House of Representatives and gained six Senate seats. 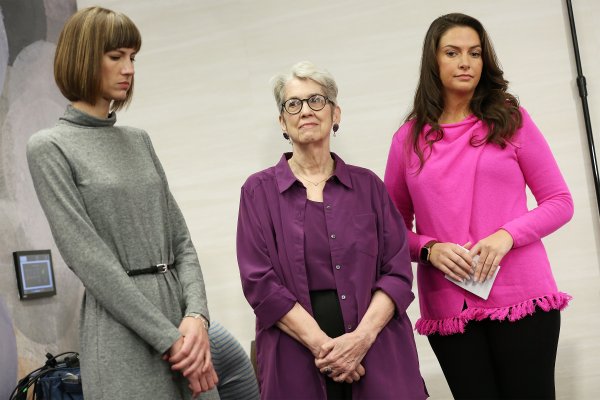 These Are the Democratic Lawmakers Calling on Trump to Resign Over Sexual Misconduct
Next Up: Editor's Pick