President Trump Reportedly Drinks 12 Diet Cokes a Day. Here’s What That Does to Your Body

A recent New York Times feature about a day in the life of President Donald Trump revealed that the commander in chief guzzles 12 Diet Cokes every day. Few health experts recommend drinking any diet soda—so how bad is a dozen-a-day habit?

While it’s likely better than drinking 12 sugar-filled sodas per day, it’s largely too soon to say what Trump’s soda swilling is doing to his health, says Dr. Dariush Mozaffarian, the dean of the Friedman School of Nutrition Science and Policy at Tufts University. “The long-term health effects of low-calorie or artificial sweeteners are not really well-known,” Mozaffarian says. “We’re kind of conducting a national public health experiment on the entire population.”

What we do know, Mozaffarian says, is that “there’s very little reason to drink diet soda” over beverages like water and seltzer, and the amount of caffeine in 12 servings exceeds medical guidelines for adults, potentially leading to jitters, insomnia, migraines, a faster heartbeat and more. Another worry with diet soda—which includes intensely sweet-tasting artificial sugars—is that it raises the bar for what your body normally considers to be sweet. Mozaffarian says he worries that habitual diet drinkers will “gravitate toward naturally sweet, healthy foods less, because they’re so primed for that intense sweet.”

While the research about diet soda isn’t yet conclusive, a number of studies have pointed to more serious potential health consequences associated with the beverages.

Based on animal studies, some researchers believe that because diet soda delivers an incredibly sweet taste without the calories necessary to satisfy it, the body is triggered to crave the energy it would have gotten from real sugar, potentially causing you to overeat later. Other animal research has pointed to physiological changes that may lead to weight gain, including disturbances to hunger-regulating hormone levels and gut bacteria.

Diet soda may increase your risk for type 2 diabetes

The same 2009 study that showed a strong connection between diet soda and type 2 diabetes also found that those who regularly drank the beverages were 34% more likely to develop metabolic syndrome than those who abstained. Metabolic syndrome includes a number of symptoms—including high blood pressure, high blood sugar, high cholesterol and excess belly fat—that can raise your risk of type 2 diabetes, heart disease and stroke, according to the Mayo Clinic.

Diet soda may be bad for the brain

A study this year found that people who drank at least one daily diet soda had twice the risk of stroke compared to those who didn’t drink the stuff. It also found a significantly heightened risk of dementia and Alzheimer’s disease for diet drinkers. The research does not definitively prove that diet sodas cause Alzheimer’s—but, interestingly, the same connection was not present among people who drank sugar-sweetened beverages. 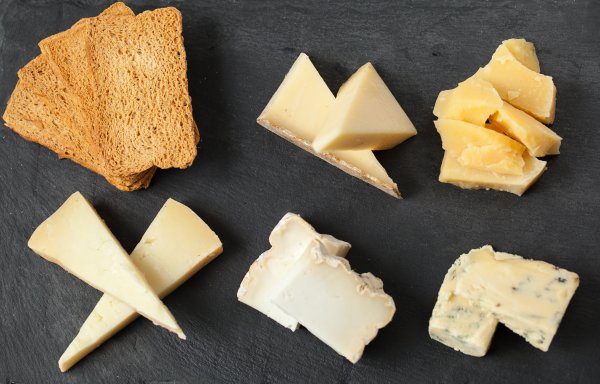 Eating Cheese Every Day May Actually Be Good for You
Next Up: Editor's Pick