Jimmy Kimmel made his emotional return to late-night with his son Billy in his arms.

The 7-month-old baby boy co-starred in his famous dad’s opening monologue on Monday, one week after he underwent his second heart surgery.

“I was out last week – because this guy had heart surgery. But look he’s fine everybody, he may have pooped but he’s fine,” the 2018 Oscars host told viewers as he held back tears. “Daddy cries on TV but Billy doesn’t… it’s unbelievable.”

Later adding, “Billy is doing great, by the way. He has one more surgery – this is amazing – he had an operation a week ago. They say he’ll probably on track to win at least a bronze medal at the Olympics in 2036.”

Monday’s monologue was the first time baby Billy appeared on the ABC program since his birth in April, and was a happier occasion in comparison to the tearful address in May when Kimmel announced his son’s first open heart surgery when he was 3-days-old. Billy suffers from the congenital heart condition tetralogy of Fallot with pulmonary atresia.

And similarly to when he championed for universal healthcare, Kimmel also made an impassioned speech about Children’s Health Insurance Program (CHIP).

“It covers around nine million American kids whose parents make too much money to qualify for Medicaid, but don’t have access to affordable coverage through their jobs. Which means it almost certainly covers children you know. About one in eight children are covered only by CHIP,” he said.

“And it’s not controversial. It’s not a partisan thing. The last time funding for CHIP was reauthorized was in 2015, it passed with a vote of 392 to 37 in the House and 92 to 8 in the Senate,” Kimmel explained.

CHIP, which was created in 1997, is now in limbo due to Congress not agreeing on a plan to renew funds after the program ran out of money on Sept. 30.

“Overwhelmingly Democrats and Republicans supported it. Until now. Now – CHIP has become a bargaining chip. It’s on the back-burner while they work out their new tax plans Which means parents of children with cancer and diabetes and heart problems – are about to get letters – saying their coverage – cut be cut off next month. Merry Christmas, right?” Kimmel said.

The star ended his monologue with a plea to fans and audiences.

“If these were potato chips they were taking away from us – we would be marching on Washington with pitchforks and spears right now. So once again, I’m asking you – Billy’s asking you — to make two phone calls you shouldn’t have to make,” Kimmel said asking people to call (202) 225-3121 to speak to representatives in the House and Senate. 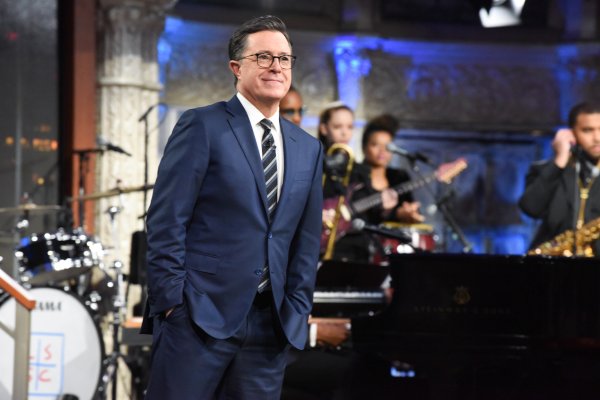