Former Time Warner CEO: It's Time to Replace All Men at the Top With Women

Ideas
By Jerry Levin
Levin is the former CEO of AOL-Time Warner.

I was born in the latter part of the Great Depression and the start of World War 11 when Germany invaded Poland in 1939. Coined the Silent Generation by Time Magazine in 1951, my cohort was squeezed between the Greatest Generation and the Baby Boomers. We were a smaller group than our named predecessors and successors. The 1950s were a period of relative Eisenhower tranquility, close-knit families and employment in the rise of major corporations, for many white people. But there was a never resolved Korean conflict, and while racism persisted and was addressed by the Supreme Court in 1954, real public outcry had to await the vocal champions of the civil rights movement of the 60’s. It was a placid, self-satisfied period without public orators to articulate the need for change. The silence itself was comforting then, damning in hindsight.

Now, I am a part of my aging generation, reflected in ads for elevator stairs, catheters and newly designed canes. Yet I have a queasy feeling I am living a replay of a new Silent Generation composed of leaders, mostly male, chained by Wall Street’s values-free score card. Nor do we hear enough from Academic presidents who are constrained by raising funds from alums. I don’t hear the clarion call of noble purpose when there is an obvious shattering of our most basic principles by the current dangerously buffoonish resident in a divisive White House. Many of us know it, see it, are disgusted by it, but are silent in the face of political indecency and twisted propaganda.

I have a modestly radical proposal. Overthrow with women the men in government, starting at the top and working down from the Cabinet through Congress. Replace any male CEO and continue the emergence of female leadership in Academia — 100%. While we’re at it, overturn Hollywood and media with a cadre of women, and undo the male-bastion tech world. Why? Women are more likely to speak out for fairness, for values-based competence and, most of all, for individual and universal peace. Women are able to manage and foresee crucial events with compassion combined with steely resolve. It is time for the majority to rule, for women to take over from that male massive inequality spawned by a bloated, ungodly 1% holding all the money. I’m not saying this would solve all problems, and my point is not to put women on a pedestal, but to underscore real data that shows the many ways in which women are better leaders. So now they should lead — everything.

You can come down on me for being a soured former CEO who played by and succeeded under these same male rules. You can say this sounds self-serving, or comes too late. But with age comes some measure of wisdom generated by having lived through the didacticism of history. I don’t want to be a part of this Silent Generation. I want to return to the Sixties when people spoke out with words that addressed the American Dream and gave their lives in this cause of freedom. It has been said that the true measure of your beliefs, your values, what you stand for, is the willingness to put yourself on the line by articulating openly who you are. I am standing now for the power of words to free us, and give it over to that shining symbol standing in the New York Harbor — Lady Liberty! 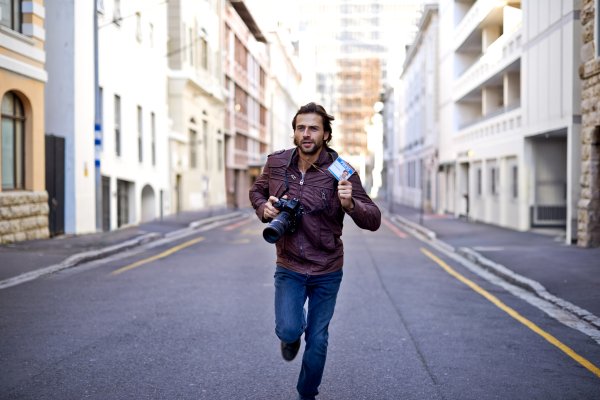 2017 Set a Record For Journalists Going To Jail
Next Up: Editor's Pick