Trump Wants to Send Astronauts Back to the Moon. Will That Really Happen?

The easiest part about going to the moon is, well, going to the moon. Once you’ve got your funding in place, your crew trained and your rocket and spacecraft on the launch pad, it’s just a matter of gassing it all up and going. We’ve done it before — nine times in fact; we can surely do it again.

The trick is all that other stuff that has to come first — especially the money, the rocket and the spacecraft. Details like that are worth keeping in mind in the wake of President Donald Trump’s just-signed Space Policy Directive, setting NASA on a path to return Americans to the moon and to use it as a training and staging ground for later missions to Mars. In a White House ceremony — with a toy astronaut figurine on hand — the President said, “Imagine the possibility waiting in those big beautiful stars if we dare to dream big. That’s what our country is doing again, we’re dreaming big.”

OK, it’s not President Kennedy’s celebrated “We choose to go to the moon” speech. But it’s not nothing either.

For lunar enthusiasts, the most encouraging part of the announcement is that it comes at the end of a reasonably orderly process. In June, Trump reestablished the National Space Council, a space advisory group that existed from 1958 to 1973 under presidents Eisenhower, Kennedy, Johnson and Nixon, and again from 1989 to 1993 under the first President Bush. In early October, the Council met under Vice President Mike Pence and gave NASA 45 days to deliver a long-range plan for crewed travel to the moon and Mars. NASA delivered in early December and Trump’s announcement is a result of that plan.

So all good so far, but things get tricky fast — beginning with the money. In March, Trump held a signing ceremony to call for a bump in NASA’s annual budget to $19.5 billion. That sounds reasonably generous, especially since any increase is a good increase, but it’s not remotely moon money. NASA’s peak funding year was 1966, when the agency received a federal outlay of $5.9 billion. In 2017 dollars, that would be $45.7 billion. And while that allowance represented 4.41% of the total federal budget, NASA’s current share is just 0.4%. Want to go to the moon — to say nothing of Mars? Pay the fare.

Then there’s the business of the rocket and the spacecraft. Nickel-and-diming NASA has meant slow-walking the development of both the heavy-lift Space Launch System — modern-day NASA’s answer to the Saturn V moon rocket — and the Orion spacecraft, the modern-day Apollo. Both vehicles have been in more or less continuous development since 2004, and a combination of design challenges and drip-drip funding have caused the schedule for the first launch to be pushed back again and again. The current target is 2019. Late 2019. Maybe. (And that would be an uncrewed launch.)

Compare that to the Saturn V. The most powerful booster ever built, then or now, the Saturn V was invented and manufactured in just six years — from 1961 to 1967 — and 13 of them were launched by 1973. Progress like that happens only when mission meets money and nobody stints on either.

Finally, there are the inherent limits of the directive itself, which is not nearly as fixed and final as it sounds. The President’s newly announced plans reverse President Obama’s previous space policy, which called for NASA to capture a small asteroid, move it to the vicinity of the moon and send astronauts out to explore it. Really. Obama’s oddball plan, in turn, reversed President George W. Bush’s plan, which was a lot closer to Trump’s. And Bush’s at least altered President Bill Clinton’s, which was focused almost entirely on the space shuttle and the International Space Station, with little thought of the moon at all. Before Clinton, the first President Bush briefly flirted with Mars, but only until analysts ballparked the cost of the mission at half a trillion dollars. By contrast, the Apollo program’s principal objective — to get American astronauts onto the moon and to do it before 1970 – was a shared vision of four presidents, from Eisenhower through Nixon.

Complicating things is Trump himself. It is not a partisan observation to suggest that the current President is … different from those former Presidents and that his administration has lacked a certain disciplined, linear quality. Returning to the moon, to say nothing of getting to Mars, is a very heavy lift that requires fierce resolve and a sort of monomaniacal focus. This White House has not yet demonstrated those qualities reliably. That’s not to say it can’t. And it’s definitely not to say that the growing number of people who argue for a pathway to Mars that runs through the moon aren’t happy for any encouraging sign. But for a space program that famously gave us the term “one small step,” this is a very tiny step indeed. 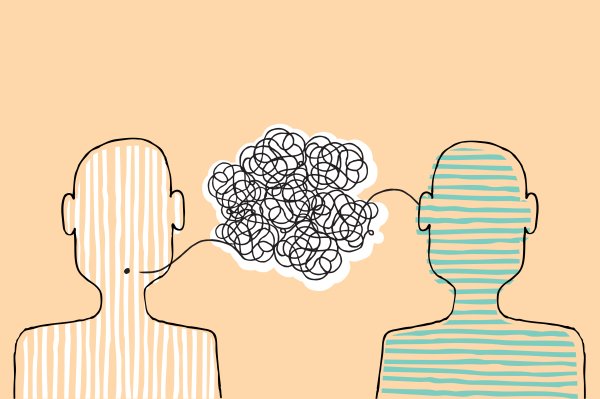 How Telling Stories Makes Us Human
Next Up: Editor's Pick