The Handmaid's Tale Was the Most Read Novel of 2017, According to Amazon

Amazon has announced its most popular fiction and non-fiction books of 2017, and the lists represent a blend of timely stories and contemporary classics.

Margaret Atwood’s 1985 novel The Handmaid’s Tale came out on top among fiction books, having enjoyed newfound popularity thanks to a new Hulu adaptation and comparisons to contemporary threats to reproductive rights. Another 1980s book with a new adaptation, Stephen King’s It, came in second place, and fantasy favorites by George R.R. Martin and J.K. Rowling populated much of the rest of the list.

On the nonfiction side, Mark Manson’s The Subtle Art of Not Giving a F*ck ranked first with its edict that to be happier, you should try focusing less on happiness. The number two slot went to J.D. Vance’s Hillbilly Elegy, which many readers turned to for an explanation of rural America following the 2016 presidential election. Memoirs, history books, and a hearty dose of self-help titles filled out the list.

Here are the most read books of 2017, according to Amazon’s Kindle and Audible data: 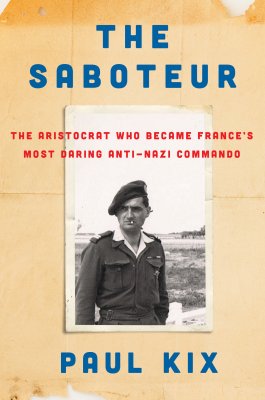 How France's Most Daring WWII Saboteur Got Behind Enemy Lines
Next Up: Editor's Pick